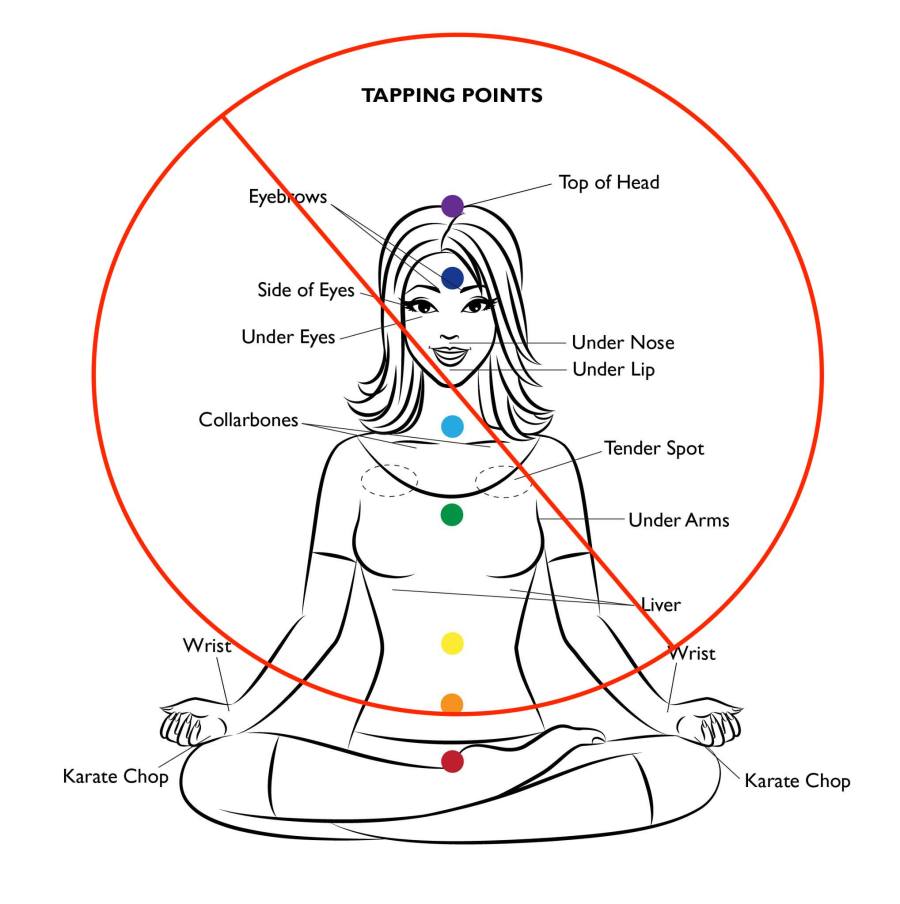 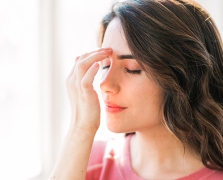 Involvement in Tapping or Emotional Freedom Technique (EFT) is in essence no different from getting involved with Reiki. Tapping is based on spiritual beliefs and as far as I know not scientific.

Tapping has become more popular these days because of people like Dr. Joseph Mercola (he is known to promote dubious things), who is even popular with some Christians. Another one who has helped to popularize Tapping is Nick Ortner, who is CEO of The Tapping Solution, a company with a mission to bring “natural healing” to the public via EFT. There are Youtube videos of others promoting Tapping with hundreds of thousands of views.

So what exactly is EFT/Tapping? It is a New Age alternative medical practice and “healing” modality. It was originally known as Emotional Field Therapy, a spinoff of TFT, Thought Field Therapy. It claims to relieve “phobias, panic/anxiety attacks, traumatic memories, guilt, grief and physical ailments.” Tapping seems to involve self-soothing techniques and self-hypnosis from the repetitive tapping and repetitive statements one makes while practicing it. TFT is a collection of concepts derived from a variety of sources such as chi, which is believed to be the life force” that flows throughout the body.” But what is really behind chi are demons! TFT burrows techniques from Muscle Testing (or Applied Kinesiology), which has also been exposed for its association with the demonic.

Perhaps the smoking gun that Tapping comes from the demonic world is that it was created by an energy healer, Gary Craig. If there is a new thing you go to the root of it and investigate the person who started it. He is an ordained minister in the Universal Church of God (a “church” that embraces all religions), which directly contradicts the very words of Jesus Christ when He said, “I am the way, the truth, and the life: no man cometh unto the Father, but by me” (John 14:6). Craig is a student of A Course in Miracles, which was channeled from the demonic realm. His discovery of Tapping came when he found out he could cure people supposedly by using acupuncture (which one should beware of) without needles. According to Craig, “EFT is an emotional form of acupuncture except that we don’t use needles.” He supposedly stimulates so-called energy meridian points by them with his fingertips. Craig is not a medical Doctor but is “a Standford engineering graduate and an ordained minister and, although we don’t pound the table for [the Biblical] God here, I do come at this procedure from a decidedly spiritual perspective.” Craig’s mentor was Dr. Roger Callahan, the creator of Thought Field Therapy.

What is very concerning is that Craig is open about Tapping being a spiritually-based practice:

“…Please know that there are two levels of EFT. The level you are currently exploring is the Gold Standard (or Tapping) form of EFT that is in the hands of millions worldwide and has been imitated by hundreds of people. It forms a foundation for our more advanced spiritual level known as Optimal EFT.”

Gary Craig extended his original “Gold Standard EFT” to create “Optimal EFT.” Optimal EFT doesn’t involve tapping but is rather a kind of “prayer” with an “Unseen Therapist.” Optimal EFT is meant to help the “Guard at the Gate” (who keeps us separated) to allow the Unseen Therapist to bring healing. Craig claims the Unseen Therapist goes by the names of God, Jesus, Yahweh, and the Holy Spirit, among other names such as Source, Buddha, Love, and Peace. The Unseen Therapist, “the healer within,” is referred to as a woman. Gary Craig references her quite openly on his website, as do several of his followers in his testimonials.

“To do Her work, She needs only your readiness and proper invitation.”

It seems Craig thinks of this entity as a divine being when references to it are capitalized. Also, notice that one needs to invite her to do her “work” on a person. This is a common procedure for inviting contact with a spirit guide. Spirit guides can come unbidden but a lot of times the enemy needs a person to open the “doors” to come in his/her life. In this case, inviting “her” can be even more dangerous, and make the person guiltier for doing it.

There is absolutely no doubt this is a spirit guide, which is an evil spirit, or demon! It doesn’t take much discernment to know this is a deception from satan.

Involvement in Tapping is no different from using Reiki or any other form of so-called energy healing except that one can do Tapping to him/herself which cannot be done normally with Reiki, Therapeutic Touch, or other forms of energy healing.

EFT is in the same category as these practices which are all based on a belief in occult energy or force and a “divine intelligence” or “inner wisdom” of the body. Beware of the following such as:

Do people really get healed by Tapping? Maybe. We know satan’s kingdom can “heal” people. Satan’s kingdom is notorious for being behind a plethora of healing techniques and many are being ensnared by it.

Born-again Christians don’t rely on any Unseen Therapist for healing. Christians have the Holy Spirit because they believed in the Lord and God Jesus Christ of the Bible. This pseudo-religious, mystical therapy program doesn’t remedy the fundamental problem of each person which is sin. The remedy for sin is to repent and turn to the Lord Jesus Christ for He is the only One who can take away our sins. The Bible reads “Repent ye therefore, and be converted, that your sins may be blotted out, when the times of refreshing shall come from the presence of the Lord” (Acts 3:19).

It is not God’s will to tap away our negative emotions. The Bible reads we are to give our burdens to Him. Jesus said: “Come unto me, all ye that labour and are heavy laden, and I will give you rest. Take my yoke upon you, and learn of me; for I am meek and lowly in heart: and ye shall find rest unto your souls” (Matthew 11:28-29).