The leadership of the Jehovah’s Witnesses has boldly defied court orders to turn over the names and whereabouts of alleged child sexual abusers across the United States.

Since 2014, courts have slapped the Jehovah’s Witnesses’ parent corporation – the Watchtower Bible and Tract Society of New York – with multimillion-dollar judgments and sanctions for violating orders to hand over secret documents.

The documents could serve as a road map to what are likely thousands of alleged child abusers living freely in communities across the country, who still could be abusing kids. The files include the names of known and suspected perpetrators, the locations of their congregations and descriptions of their alleged crimes.

“I’ve been practicing law for 37 years, and I’ve never seen anything like it,” said attorney Irwin Zalkin, who represents victims of sexual abuse by Jehovah’s Witnesses. “They do everything to protect the reputation of the organization over the safety of children.” Zalkin said he believes that state and federal law enforcement agencies have a moral obligation to investigate the Watchtower’s child abuse policies and seize its files.

“It’s a public safety issue,” he said. “At this point, this needs to be investigated.”

Reveal from The Center for Investigative Reporting made repeated attempts to interview officials from law enforcement agencies who could potentially obtain search warrants for the documents – the New York and California attorneys general and U.S. Department of Justice. None of the agencies agreed to talk.

For more than 25 years, Jehovah’s Witnesses officials have instructed local leaders – known as elders – in all of the religion’s 14,000 U.S. congregations to hide sexual abuse from law enforcement. Instead,abusers were to be handled internally.

That secrecy is a tenet of the religion. Jehovah’s Witnesses are taught to avoid the outside world. They don’t vote or serve in the military and usually don’t go to college.

“I think they choose those types of environments very carefully, where they know they can operate with impunity, and unfortunately, the policies of the Watchtower allow them to continue to do that again and again and again,” Hallisey said.

THE TRUTH WILL NOT REVEAL ITSELF

In 1997, the Watchtower issued a directive calling for elders to reportalleged child sexual abusers to the religion’s headquarters in Brooklyn, New York. The form was to be mailed in a special blue envelope.

That directive is the foundation of a database the Watchtower has collected and maintained for almost two decades, according to Watchtower documents.

“Written, demanded, commanded policy. Very different. The Catholic Church, it was unwritten. They called it ‘viva voce’ – by voice only. They didn’t have it written down anywhere, it was just understood,” Zalkin said. “Here, it’s in writing. I mean there’s no question.”

Zalkin is quite familiar with the details of the Catholic Church’s sexual abuse scandal. In 2007, he negotiated a $200 million settlement for more than 100 victims of clergy abuse. After that case made news, he began receiving calls from victims of abuse in all sorts of institutions, including universities and the Boy Scouts of America.

About a dozen of those calls came from ex-Jehovah’s Witnesses. Several of them named the same abuser: Gonzalo Campos. Those cases led Zalkin to the Watchtower’s secret documents.

Campos was a Jehovah’s Witness who sexually abused at least seven children in San Diego congregations in the ’80s and ’90s. During that time, Watchtower leaders knew Campos was abusing children but did not report him to law enforcement, according to testimony by congregation elders. Instead, they promoted him to the position of elder.

Campos would groom his victims for abuse during Bible study sessions, according to court records. One of those victims was Jose Lopez, who was 7 when Campos abused him.

“The Watchtower or the organization, I think they should have contacted the authorities and, you know, had this guy behind bars,” Lopez said. Campos has admitted to abusing Jehovah’s Witness children in a sworn deposition.

In 2012, Zalkin filed a lawsuit against the Watchtower on behalf of Lopez.

During the case, Zalkin formally requested all the letters the Watchtower had received in response to the 1997 directive. He wanted to prove a pattern, and the documents would show what the Watchtower knew about the scope of child abuse in the organization.

In 2014, San Diego Superior Court Judge Joan Lewis ordered the Watchtower to hand over the documents. The California Supreme Court upheld the order. The Watchtower refused.

Lewis kicked the Watchtower out of court and awarded Lopez $13.5 million in damages. She expressed her own frustration with the Watchtower’s tactics in her decision.

“The award of punitive damages against them will hopefully send a message to Watchtower and its managing agents, the governing body of the Jehovah’s Witnesses, that their handling of sex abuse cases within their congregation was absolutely reckless.”

The Watchtower didn’t get that message. In Zalkin’s next case, he again requested the Watchtower’s child abuse files. Again, the Watchtower refused. This time, Riverside County Superior Court Judge Raquel Marquez threw the defense out of court. The cost of withholding the documents: $4 million.

Finally, in Zalkin’s next case, it looked like the Jehovah’s Witnesses had acquiesced. They agreed to hand over the documents. But with a caveat: Zalkin could not share them with anyone.

But as they arrived, he noticed something was wrong. The Watchtower hadonly sent four years’ worth of files, instead of the 19 years the court had ordered. And the Watchtower had redacted some of the most crucial information in the documents: the names of the perpetrators and the congregations.

In June, Strauss ordered the Watchtower to pay $4,000 a day until it complied with the court’s order. The Watchtower is appealing.

“They’ve made a business decision not to produce these documents,” Zalkin said.

Jehovah’s Witnesses leaders have refused to discuss the cases. Last year, they issued a statement saying they abhor child abuse and comply with all child abuse reporting laws.

The Watchtower appealed the $13.5 million ruling in the Lopez case. Theappeals court ruled earlier this year that the judge should not have thrownthe Watchtower out of court before trying less extreme measures, such as daily fines until it produces the documents.

But the court also upheld the order for the Watchtower to hand over all its child abuse files, unredacted except for the names of the victims. The case is back in the lower court.

Meanwhile, Zalkin currently has 18 lawsuits pending against the Watchtower.

He also has four years of redacted documents locked in a filing cabinet in his office. The judge’s protective order prevents him from saying how many documents he received or describing what they reveal about child abuse in Jehovah’s Witnesses congregations.

The organisation relies on outdated policies and practices, including a 2,000-year-old two-witness rule, and its weak internal sanctions leave perpetrators at large, the royal commission into institutional responses to child sexual abuse has said in a report.

The commission found the Jehovah’s Witnesses’ general practice was not to report child sex abuse allegations to police or authorities unless required to do so by law, which demonstrated a serious failure to provide for the safety and protection of children in the organisation and the community.

“We do not consider the Jehovah’s Witness organisation to be an organisation which responds adequately to child sexual abuse,” the commission said in a report released on Monday.

The two-witness rule that applies in all cases of complaints of wrongdoing had not been revised or improved since the organisation was founded in the late 19th century.

“The Jehovah’s Witness organisation relies on, and applies inflexibly even in the context of child sexual abuse, a rule which was devised more than 2,000 years ago,” the commission said. 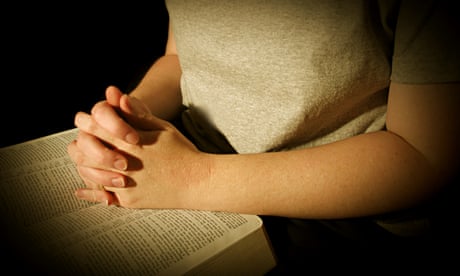 “A complainant of child sexual abuse whose allegation has not been corroborated by confession by their abuser or a second ‘credible’ eyewitness is necessarily disempowered and subjected to ongoing traumatisation.”

To place a victim in such a position is unacceptable and wrong, the commission said in calling for the application of the rule to be revised and modified.

The commission said it had no evidence of the Jehovah’s Witnesses reporting to police a single one of the 1,006 alleged perpetrators of child sex abuse recorded by the organisation in Australia since 1950.

In deciding what sanctions to impose or precautions to take over a known or suspected perpetrator, the organisation had little regard to the risk that they might reoffend, it added.