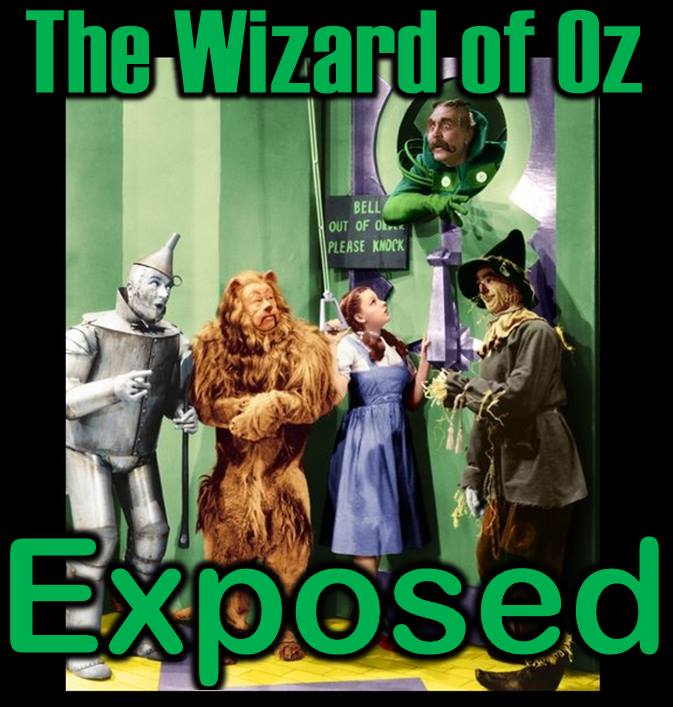 The Lie of White Magick

Our Creator, in His great love and wisdom, has provided us with several severe warnings against dabbling in occult practices and trafficking in the spirit realm.  In His desire to protect us from satanic forces, God has repeatedly revealed to us through Holy Scripture that there would be an occult revival in preparation for the Antichrist Kingdom just before the Second Advent of Christ in Glory. (Matthew 24:24-25; 1 Timothy 4:1-4; 2 Tim. 3:1, 6-8; 2 Thess. 2:9-12; Rev. 9:19-21)

“By disassociating magic and supernatural evil, it becomes possible to portray occult practices as “good” and “healthy,” contrary to the scriptural declaration that such practices are “detestable to the Lord.” This, in turn, opens the door for kids to become fascinated with the supernatural while tragically failing to seek or recognize the one true source of supernatural good—namely God.” (John Andrew Murray, “Harry Dilemma,” Teachers in Focus; available from http://www.family.org)

Prior to the present Wiccan revival, Wicca had gained popularity in the counter culture hippie movement among the youth of the 1960’s. Satanist, Nikolas Schreck, who was a leader in the Church of Satan (and who is married to Zeena LaVey, daughter of the now deceased, Anton LaVey, founder of the church of Satan), acknowledged that in the 1960’s, witches did indeed acknowledge that they were Satanists: 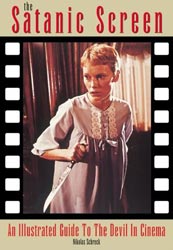 “To the contemporary reader, whose idea of a witch may be influenced by the sweetness-and-light Wiccans who have appropriated the word, the dark aesthetic of the ’60s witch must be emphasized.  Seeing themselves as sisters of Satan, the majority of that era’s witches were a far cry from the current Wiccan movement.  Just as today’s Wiccans are constantly pointing out indignantly that they are not Satanists, the witchcraft movement of the sixties reveled in its romantically diabolical associations.” (Nicholas Schreck, The Satanic Screen: An Illustrated Guide to the Devil in Cinema.) 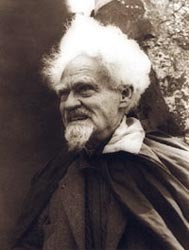 Many Wiccans are unaware of the fact that much of their teachings, ceremonial magic and “scriptures” are based on the teachings of Satanist, Aleister Crowley. Many of Crowley’s ceremonies and teachings were simply reformulated by Gerald Gardner, who is credited as the founder of Wicca and was a member of Crowley’s satanic organization, known as the OTO.

Even the Wiccan Rede (aka “counsel” or “advice”), “An’ Ye Harm None, Do What Ye Will” was influenced by Crowley’s maxim, “Do What Thou Wilt Shall be the Whole of the Law.”  While many Wiccans seek to disassociate from Satanists for understandable reasons, they have been deceived into believing that there is a difference between good and bad demons and so-called “white” and “black” magic.  The sobering reality is that all such magic is from the same Satanic source, whether it is called white, black, red, yellow, green or purple. 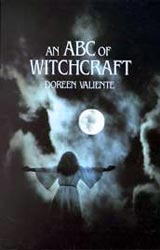 Even Doreen Valiente, the Wiccan high priestess who has had more influence on Wicca than any other woman, admitted that, “The distinction between black and white magic has no validity.” (Doreen Valiente, An ABC of Witchcraft (New York: St. Martins Press, 1973, p. 271)

“This might actually offend some, but it hides one of the great truths of witchcraft, that there is not white or black magick, there is only magick…”(Starling, message #1420, November 22, 2001,
posted at Pagan Perspectives)

This admission is actually in line with the Word of God, which states that all such magic is rooted in Satan’s power (1 John 5:19; Revelation 12:9).  “White” magic is simply a ploy Satan uses to draw in his unsuspecting prey as he leads them to believe they can use occult powers for altruistic purposes. God’s Word reveals that Satan doesn’t typically appear in all of his naked deformity, but he appears more often than not as an angel of light:

“And no wonder, for even Satan disguises himself as an angel of light. So it is no surprise if his servants, also, disguise themselves as servants of righteousness. Their end will correspond to their deeds.” –2 Corinthians 11:14-15 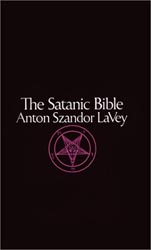 Even Anton LaVey, who founded the Church of Satan in 1966, admitted in his “Satanic Bible” that there is no real difference between “white” and “black” magic, stating, “White magic is supposedly utilized only for good or unselfish purposes, and black magic, we are told, is used only for selfish or evil reasons. Satanism draws no such dividing line.”  LaVey also stated, “There is no difference between ‘white’ and ‘black’ magic, except in the smug hypocrisy, guilt-ridden righteousness and self-deceit of the “white” magician himself.” (Anton LaVey, The Satanic Bible, New York: Avon Books, 1971, p. 110) 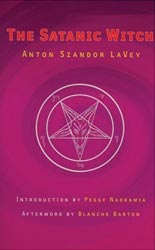 In his book “The Satanic Witch,” LaVey stated that all witches must, at least, symbolically make a pact with the Devil, “The witch has made a pact with the Devil and through rituals dedicated to him gains her power. In order to be a successful witch, one does have to make a pact with the Devil…” (Anton LaVey, “The Satanic Witch”). LaVey though, as a Satanist, admitted that the media was furthering Satan’s designs because witches were continuing to be cast in popular culture as “good” and “benevolent.”  LaVey actually relished in the idea that the masses were being attracted to Satanism through the popular guise of the “good” witch, “I don’t see any true reason to readily discount the movie and TV image of the witch, because I think that whatever popular image is most flattering should be utilized and sustained whenever possible. People will believe what they want to believe and the current image of a witch is the most intriguing and glamorous that has yet to appear.”

The Devil’s in the Details

“It is vitally important that we are not “unaware” of Satan’s “devices” (2 Cor. 2:11) lest we be deceived. We are warned by God Himself, “Have nothing to do with the fruitless deeds of darkness, but rather expose them.” (Ephesians 5:11) It is critical that we remember that we are not wrestling against mere human forces, but we are wrestling against the dark, cosmic, Satanic forces that are in rebellion to the one true God:

The scriptures also reveal that Satan is the “ruler of the kingdom of the air” and he is presently guiding the “course of this world” as he is “the spirit who is now at work in those who are disobedient.” (Ephesians 2:1-2) Satan and his realm advance occult practices and doctrines by channeling their teachings through human agents. These diabolical teachings appeal to the lost masses as they lead them away from “the truth” by “tickling their ears” and telling them “what they want to hear.” (2 Timothy 4:2-4) God clearly revealed in His prophetic Word that in the last days, there would be a resurgence of demonic doctrines taught by “seducing spirits” that will cause some to fall away from the faith:

“But the Holy Spirit distinctly and expressly declares that in latter times some will turn away from the faith, giving attention to deluding and seducing spirits and doctrines that demons teach.” –1 Timothy 4:1

These seducing spirits are at the root of the mass conditioning of the world’s youth via diabolical productions like Twilight and Harry Potter. Such spirits have long been active and they are using many human agents as channels to convey their lies in their effort to transform Western civilization’s collective worldview through mass media.

Even the idea in the Wizard of Oz, that there are both “good” and “bad” witches, was channeled through an occultist by the name of Frank Baum (1851-1919).
Baum, who authored the Wizard of Oz, and converted it into a stage play before it became one of the most popular movies of all time, claimed, “There is a strong tendency in modern novelists toward introducing some vein of mysticism or occultism into their writings.”

The Annotated Wizard of Oz
Baum, an occultist who belonged to Helena Blavatsky’s Theosophical Society (Blavatsky, like Aleister Crowley, claimed that Satan was good), used his writings to promote Theosophical views of magic and the occult. Baum claimed that he had channeled the Wizard of Oz, “It was pure inspiration…. It came to me right out of the blue. I think that sometimes the Great Author has a message to get across and He has to use the instrument at hand. I happened to be that medium, and I believe the magic key was given me to open the doors to sympathy and understanding, joy, peace and happiness.” (Michael Patrick Hearn edition; The Annotated Wizard of Oz, New York: Clarkson N. Potter, 1973)

Baum’s channeled message doesn’t only teach children that there are “good” witches, but the message of Glinda (the “good” witch) to Dorothy was that she didn’t have to look outside herself for answers. “You’ve always had the power…” Glinda reveals to Dorothy. This, my friend, is basically the same message that is conveyed throughout the occult-based movies of our day, en masse, i.e., “We don’t need to turn to God; we already have the power within. We need only tap into this latent power through meditation, incantations, contemplative prayer, etc.”

Lest we think that such messages carry little influence, I counter with Oprah Winfrey as “Exhibit A”! When explaining the origins of her greatest spiritual teaching she said, “Although I meditate every day and I pray every night and I read spiritual material, my greatest teaching is The Wizard of Oz… [The good witch says to Dorothy] ‘You’ve always had the power my dear. You’ve always had the power.’ That good witch, she’s my girl!” Tragically, Oprah has become the most effective televangelist on TV, as she turns millions of unsuspecting souls toward an occult worldview through her promotion of books like The Secret by Rhonda Byrne and A New Earth by Eckhart Tolle. As you can see, young people are not the only ones being indoctrinated with last day’s doctrines of demons!”

One thought on “The Wizard of Oz Exposed”