While many men and women would be extremely disturbed about having sexual relations with a “ghost”, and rightly so, there are some people that seem to have no problem with it. Some people would even welcome it.

What they don’t know is they are getting defiled by evil spirits by allowing themselves to be used by them. Indeed, the Bible reads that those who have familiar spirits will be defiled by them (Lev. 19:31; Lev. 20:6).

Of course, many times these demons won’t appear as they really are. The Bible reads Satan comes as an angel of light (2 Cor. 11:4) so instead, they appear as ghosts. The enemy can disguise himself as anything he wants, even a lover! 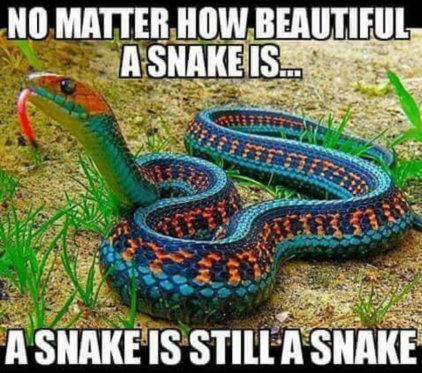 A recent news report claims a woman who says she has sex with ghosts has declared she will ‘never go back to men’ – because spirits leave her more satisfied.

The fact that she is a “spiritual guidance counsellor” means that she opened doorways for the demonic spirits to invade her.

Amethyst Realm, a spiritual guidance counsellor from Bristol, claims to have had sexual encounters with 20 different ghostly lovers, and that they give her orgasms.

She says she’s now turned her back on men altogether and hopes to find her one true ghoul to settle down with.

During an appearance on ITV’s This Morning, Amethyst, 27, described how she first felt a presence in the home she had just moved into with her then fiance ten years ago. 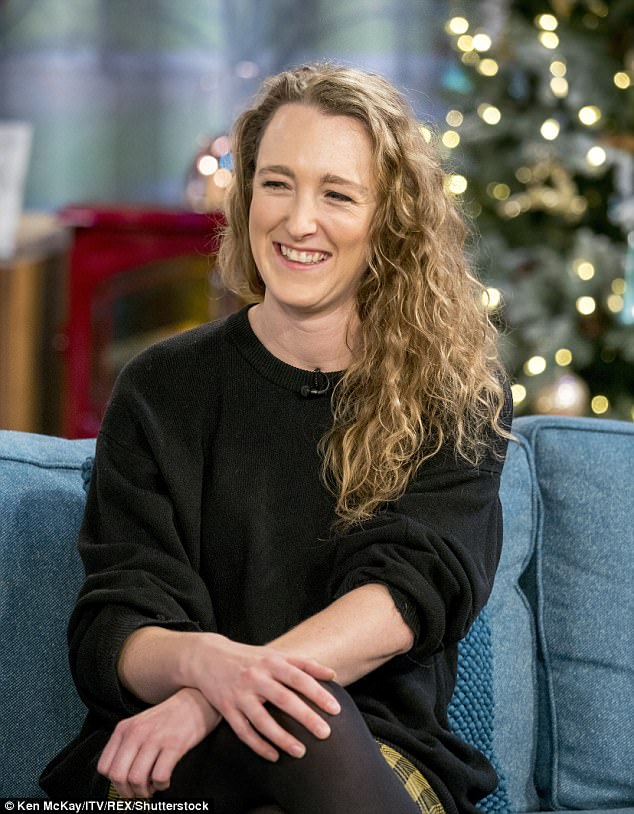 While her fiance was away she decided to pursue things further, she said, and dressed in a saucy negligee to entice the ghost, who she says she went on to have sex with.

‘It was kind of like a weight, I felt a pressure on my thighs. At the same time physical breath, and stroking,’ she explained.

Asked by a curious Holly Willoughby whether the encounter led to an orgasm, she said: ‘Yes, for me.’

Amethyst’s fiance discovered she was ‘cheating’ when the ghost apparently showed its physical form to him, something which she herself had never seen.

‘I think it was in love with me too and it wanted me to end the relationship,’ she told Holly and her co-host Phillip Schofield during the interview.

Amethyst, who says she now has ‘no interest in men’, revealed she is hoping to find a special ghost to settle down with after dating several spirits over the past ten years.

A stunned Phillip and Holly wondered how the spiritual guidance counsellor could tell her ghostly ‘lovers’ apart.

‘You can always feel the difference, it’s the same with different humans, they have different energies,’ she said.

Phillip then quipped: ‘Once you go ghost you never go back…’

Amethyst appeared unconcerned by the impact of her lifestyle choice on the possibility of starting a family, and said there was a chance she could have a phantom pregnancy with a spirit.

‘That would be a unique thing to see a ghost baby, it would be like Casper,’ Phillip said.

Amethyst says her relationship with her first ghost lasted for three years before eventually petering out.

Since then, she says she’s had 20 ghostly lovers – and is more embarrassed by her tally than the fact her partners don’t take human form.

Phillip said: ‘I should imagine you have got quite a name for yourself in the spirit world. I would imagine they would be keen to visit you.’

Another news report reveals a woman having sexual relations with a demon posing as a ghost. She said the ghost was  “handsome.” Demons can transform into any appearance they want to as a means of deceiving but their end game is to destroy the person.

A woman claims she had “amazing” sex with a ghost while living in a remote Welsh cottage.

Sian Jameson, 26, says she had sex with a “handsome” man she had spotted in an historic painting.

She had moved to Aberystwyth and rented a fully-furnished 16th century house after breaking up with her boyfriend of three years.

Sian left London saying that: “Everywhere I went reminded me of my ex. I needed a fresh start.”

Describing the property she moved into, she said: “The owner had even left books and paintings.

“One painting in particular caught my eye – it was above the mantelpiece in the main room and was of a handsome young man and dated 1820.”

A writer, she said that being in the countryside inspired her.

“It was great. No distractions – just me, the trees and the sky.

“I was paying my rent by doing bits of copy writing and, because I didn’t want for much in the countryside, I managed okay.

“I enjoyed the peace: after a long relationship, being on my own was quite exhilarating. I started to wonder whether I’d ever want a man in my life again.”

“We started to make love.

“He was very gentle and stroked my body tenderly.

“During the lovemaking, I sensed all kinds of things about him – his name (Robert) and when he lived (over 100 years ago).

“We didn’t speak – it was as if he was communicating with me telepathically. His body was soft and light.

“Even when he moved on top of me, pressing down, he felt almost weightless. It was very strange but the sex was amazing.

“I was totally perplexed about what had happened.

“In fact, I started to wonder whether it had happened at all.

“In the end, I told myself it was just a very vivid dream and put it to the back of my mind.”

Spiritualist Sian has always believed in ghosts and claims to have seen apparitions before. But none of them had ever got intimate with her.

“Again, he appeared in the morning, we made love again but this time, afterwards, I watched him get up, get dressed and leave the room.

“I was expecting to hear his footsteps on the wooden stairs but there was no sound. I watched him through the open bedroom door and saw him kind of fade as he approached the top of the stairs.”

This time she didn’t go back to sleep. She got up and followed. But Robert was gone.

“He appeared one more time after that,” Sian recalled.

“It was night-time and I was just drifting off to sleep. All of a sudden, the duvet slid off me and I could feel a cool hand running up my thigh, under my night-shirt.”

Sian said she knew he wouldn’t be back. “I sobbed after he’d left that night,” she confesses. “I guess I had fallen in love.”

She said she couldn’t stop thinking about him.

“I tried to find out more about him by searching online, and although I found a painting of a young man who looked very much like him by a 19th-century French artist – I didn’t really get anywhere.”

She told a couple of close friends about what she’d experienced. “That was a mistake,” she admitted.

“They looked at me as if I was mad. So I just laughed it off, said something about eating too much cheese before bed, then kept quiet after that.”

Sian is now in a relationship with a living man.

“When I first told him about Robert, he thought it was funny. He reckons it was just a dream. But I know it wasn’t a dream. It was real.

“And the sex was as good – if not better – than any other sex I’ve had. Just don’t tell my boyfriend that!”

These alleged “ghosts”, “aliens”, “angels”, “spirit husbands”, “spirit wives” and so on are just evil demons in disguise.

Don’t be deceived. Satan’s devils can provide all the pleasures of the lust of the flesh but all of it is a bait to reel a person in to be devoured by them.

“God, I recognize that I have not lived my life for You up until now. I have been living for myself and that is wrong. Please forgive me of all of my sins, just as I forgive others. I need You in my life; I want You in my life. I acknowledge the completed work of Your only-begotten Son Jesus Christ in giving His life for me on the cross, I believe in my heart Jesus is Lord and was raised from the dead and I long to receive the forgiveness you have made freely available to me through this sacrifice. Come into my life now, Lord. Take up residence in my heart and be my king, my Lord, and my Savior. From this day forward, I will no longer be controlled by sin, or the desire to please myself, but I will follow You all the days of my life. Those days are in Your hands. I ask this in the Lord and GOD Jesus’ precious and holy name. Amen.”

2 thoughts on “Sexual Encounters With “Ghosts” or Really Demons?”