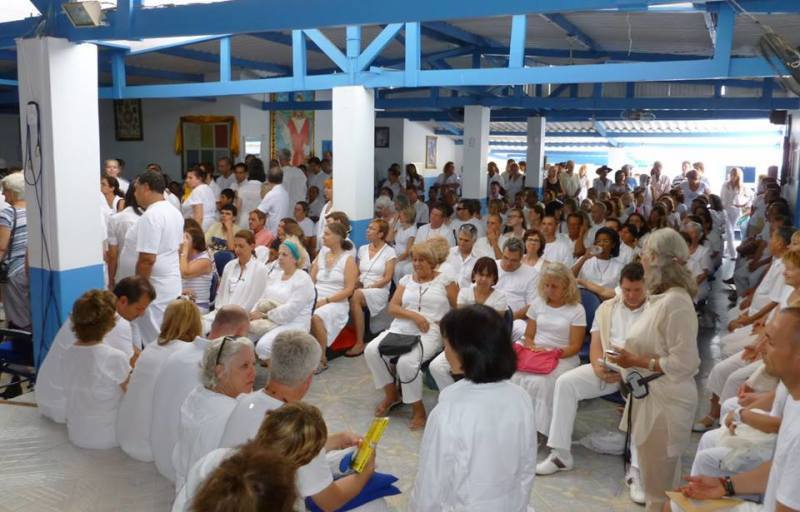 It seems like a lot of self-proclaimed Christians are getting involved with the occult and don’t even know it. If it involves mystical energies, gives no glory to the Lord Jesus Christ, and has no semblance to being based on scripture, then it is probably is not of God. Don’t be deceived, the enemy is behind a lot of healing modalities. Partaking in such things can open oneself to demonic infestation.

Healing is a major, and sometimes central, part of pagan, occult, and New Age belief systems. By “healing,” I mean “to make free from injury or disease.” This is one reason I have warned multiple times about alternative “healing” since it is mostly spiritually based (or else is just plain pseudoscience).

Early teachers of New Thought, which became a component of the New Age, were primarily healers. Franz Anton Mesmer (1784-1815) claimed to manipulate an energy he called spiritual magnetism which supposedly moved between inanimate objects and people, and he traveled around to various locations allegedly healing people, using a hypnotic technique. The word “mesmerize” was named after Mesmer.

Phineas Quimby (1802-1866), sometimes called “the father of New Thought,” and who influenced Mary Baker Eddy (1821-1910), the founder of the Church of Christ, Scientist (Christian Science), was also an alleged healer. A student of Mesmer’s teachings, Quimby became a “mesmerist” and one who supposedly healed with the power of suggestion and placebos.

Mary Baker Eddy’s Christian Science Church was centered on her theories of spiritual healing based on “divine laws” and on beliefs that we are all actually perfect and part of “Divine Mind” (God). In fact, the Christian Science “Bible” is called “Science and Health With Key to the Scriptures.”

Vitalism in the 18th and 19th centuries played a big role in healing theories behind homeopathy, Bach Flower Remedies (which led to Aromatherapy), Naturopathy, chiropractic, and many New Thought healing beliefs.

Spiritism, a belief that we can be in contact with and benefit from communication with the dead has a long history of healing as its centerpiece. An article on the recent sexual abuse accusations against the healer, “John of God,” discusses the big role spiritism has played in Brazil:

But Brazil’s brand of spiritism is derived from writings of a mid-19th-century French educator, Hippolyte Léon Denizard Rivail, whose pen name was Allan Kardec. Impressed by the phenomena made popular by the North American spiritualist movement, such as table-turning and Ouija boards, Kardec developed a quasi-scientific belief system that was imported to Brazil mainly by law and medicine students returning home from studying in France………….

Spiritism’s emphasis on healing ran it into trouble with the medical establishment as well as religious authorities, and spiritism soon changed its focus to social welfare and charitable work. Healing became only a portion of the work done in spiritist centers.

“The spiritist movement promoted homeopathic treatments and the creation of dozens of psychiatric hospitals,” said Alexander Moreira-Almeida, director of the Research Center in Spirituality and Health at the Federal University of Juiz de Fora School of Medicine.

In the 20th century, mediums came to enjoy significant social acceptance. Francisco Candido Xavier, known as Chico Xavier, who died in 2002, was modern spiritism’s most important architect, Stoll said. He made Catholic sainthood, and the Catholic religious vows of celibacy, poverty and obedience, the model of spiritist virtue. Xavier’s books detailing spiritist values and beliefs sold millions of copies, and he often appeared on TV.
His popularity helped establish spiritism as one of the chief religions in Brazil, with at least 3.8 million adherents in 2010, according to Brazil’s Institute of Geography and Statistics. The BSF estimates that the belief has as many as 40 million sympathizers among the largely Catholic population.==From https://bit.ly/2DK3SQK
H/T Paul Carden

Spiritism is one of the “chief religions” of Brazil, due to Allan Kardec, and healing played a major role. The only reason it was diminished was because the Spiritist healers got into trouble with medical authorities and had to downplay it, although it still plays a part in Spiritism.

I have warned about how Shamanism is now glamorized whereas once a shaman was known as a “witch doctor” and had no credibility. But with the mainstreaming of “alternatives,” and false concepts of the term “natural,” now more and more people, including some hospitals, are integrating these pagan alternatives into healthcare. The New Age’s biggest venue into the culture and church has been through “healing.”

Satan loves to disguise himself as an angel of light, in this case, a healing angel of light. After all, to speak out against what is assumed to be “healing” is to appear foolish or mean. Satan set this one up good.

“God, I recognize that I have not lived my life for You up until now. I have been living for myself and that is wrong. Please forgive me of all of my sins just as I forgive others. I need You in my life; I want You in my life. I acknowledge the completed work of Your only begotten Son Jesus Christ in giving His life for me on the cross, I believe in my heart Jesus is Lord and was raised from the dead and I long to receive the forgiveness you have made freely available to me through this sacrifice. Come into my life now, Lord. Take up residence in my heart and be my king, my Lord, and my Savior. From this day forward, I will no longer be controlled by sin, or the desire to please myself, but I will follow You all the days of my life. Those days are in Your hands. I repent of my sins and turn to you. I ask this in the Lord and GOD Jesus’ precious and holy name. Amen.”

5 thoughts on “Healing: Heart Of The Occult”