The real Jesus said “Then if anyone says to you, ‘Behold, here is the Christ,’ or ‘There He is,’ do not believe him. “For false Christs and false prophets will arise and will show great signs and wonders, so as to mislead, if possible, even the elect. “Behold, I have told you in advance.” (Matthew 24: 23-25)

When the real Jesus returns all eyes will see Him. “Behold, he cometh with clouds; and every eye shall see him, and they also which pierced him: and all kindreds of the earth shall wail because of him. Even so, Amen.” (Revelation 1:7) 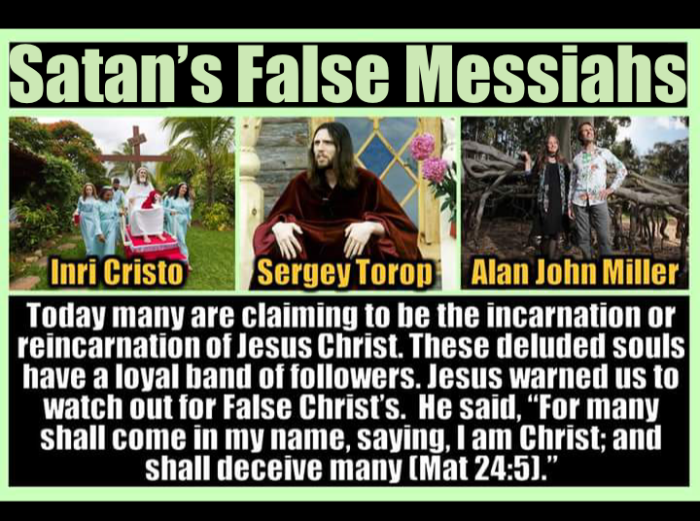 Other servants of Satan who claim to be Jesus. The Filipino Apollo Quiboloy:

Yang Xiangbin, left, and the founder of the doomsday cult Church of Almighty God (or “Quannengshen”), Zhao Weishan. Group members believe Yang is the reincarnation of Jesus.

False Christs who have died: Ahn Sahng-Hong; (13 January 1918 – 25 February 1985) was a Korean Christian minister and founder of Witnesses of Jesus Church of God. 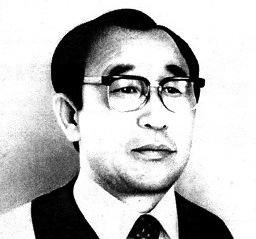 José Luis de Jesús Miranda (April 22, 1946, to November 17, 2013)  was the leader of the Creciendo en Gracia sect, based in Miami, Florida. This devil claimed to be both the returned phase of Jesus Christ and the Antichrist. Some of his followers actually tattooed their bodies with “666”!

involved with clairvoyance, necromancy, séances, and trances among other occult practices that are forbidden in the Bible. He was the founder of the Unification Church cult (members of which called him their True Father and have themselves sometimes been called “Moonies”).

That’s strange. If they were really the Christ then they wouldn’t have died because the Bible says so! Romans 6:9 – “Knowing that Christ being raised from the dead dieth no more; death hath no more dominion over him.”