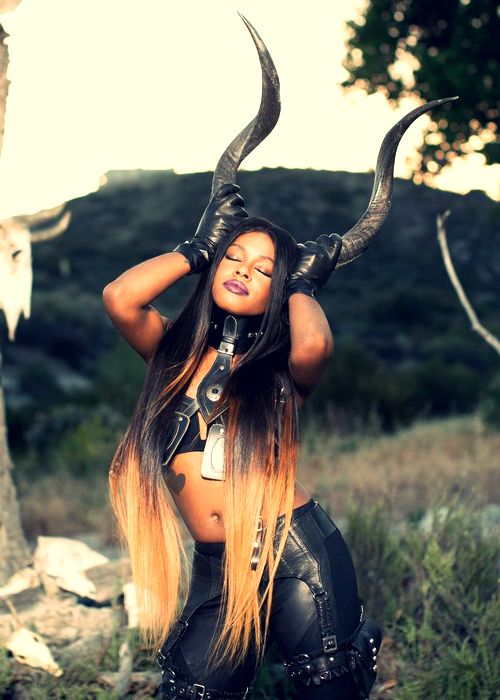 Should we not be surprised? The whole music industry is steeped with the occult and witchcraft. Satan has his hoofs all over the music industry as he knows how influential music has over people. 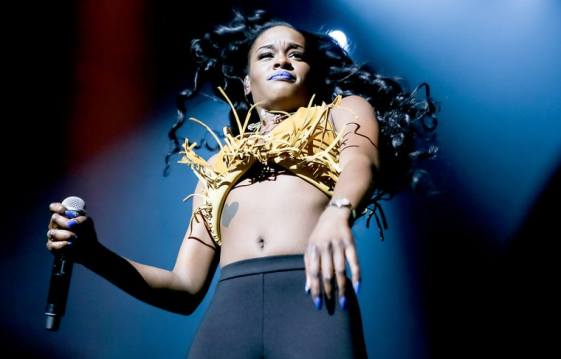 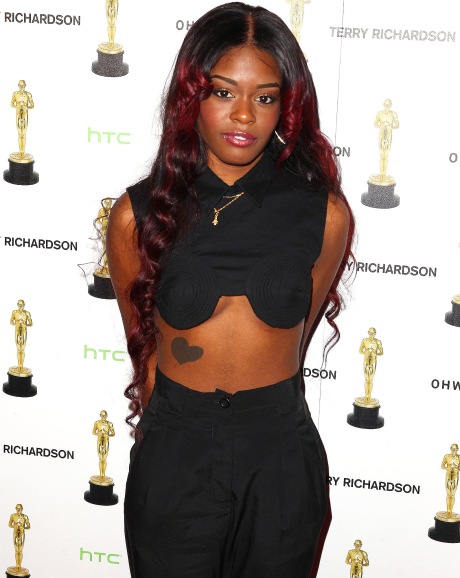 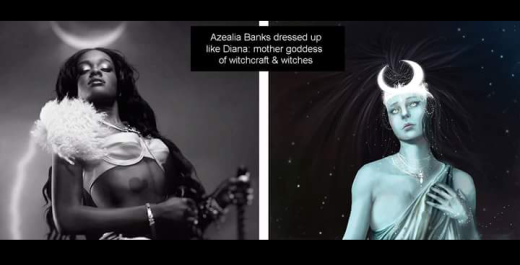 The 25-year-old rapper posted a series of disturbing videos to Instagram on Friday, where she admitted to practicing “three years worth of brujería” (the Spanish word for witchcraft) before beginning to clean the room she’s been using for the apparent animal sacrifices.

Panning the camera around what looks to be a closet in Banks’ apartment, the room is a troubling sight to see. Its walls are covered with what appeared to be hardened stains of blood — while a mix of feathers and a black substance cover the room’s wood-floors. It also looks like at least two dead chickens can be seen on the floor.

“The amount of crap that’s about to come off my floor right now guys? Oh my God,” she explains in the video. “You know I got to scrape all this s— up. I’ve got my sandblaster, and my goggles — it’s about to go down.”

Banks, who is wearing protective goggles and a bandana in her hair, then begins to clean the floors with a sander.

Though this is the first time Banks has shown fans signs of her witchcraft practice, she has spoken about it before. She claimed to be a “witch” in an interview with Broadly in March — saying her interest in the subject came from her mother.

‘My mother practiced white table magic,” she said. “Prayers for the ancestors and prayers for saints and cleansing and praying for all kinds of protection.”

She also told them about her favorite spell — the egg spell. “You cleanse yourself with an egg. Pass the egg all over yourself, praying for all your negativity to go away into the egg. But usually you do it when someone is f—ing with you to get what the person is doing off of you. You crack it in a crossroad and you walk away and you don’t look back. That s— works.” 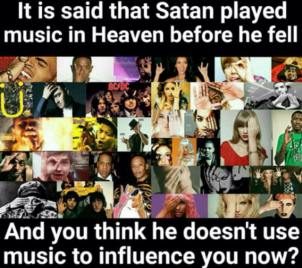 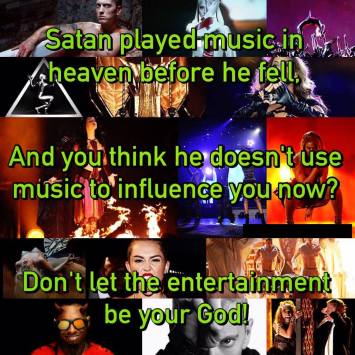 It is believed satan was a minister of music in heaven before he got kicked out because iniquity was found in him. In Ezekiel 28:13 – “Thou hast been in Eden the garden of God; every precious stone was thy covering, the sardius, topaz, and the diamond, the beryl, the onyx, and the jasper, the sapphire, the emerald, and the carbuncle, and gold: THE WORKMANSHIP OF THY TIMBRELS AND OF THY PIPES WAS PREPARED IN THE DAY THAT THOU WAST CREATED.”

Isaiah14:11-12 “Thy pomp is brought down to the grave, and the noise of thy viols [stringed instruments]: the worm is spread under thee, and the worms cover thee. How art thou fallen from heaven, O Lucifer, son of the morning! how art thou cut down to the ground, which didst weaken the nations!” 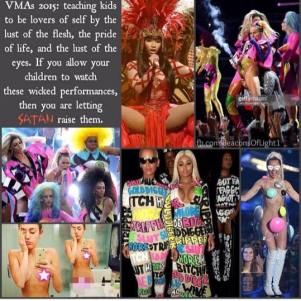 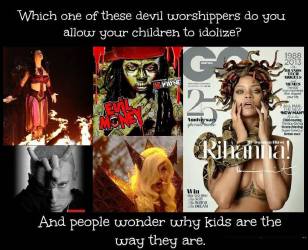 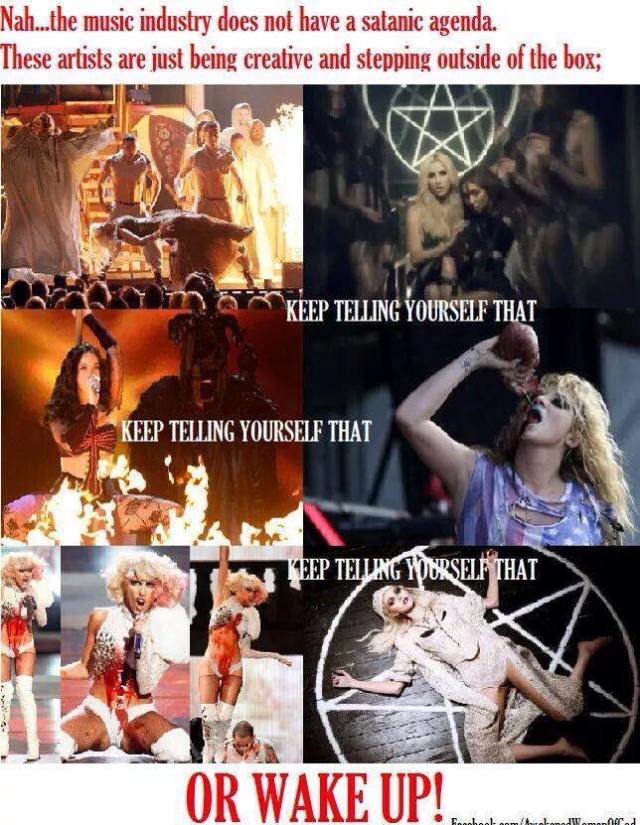 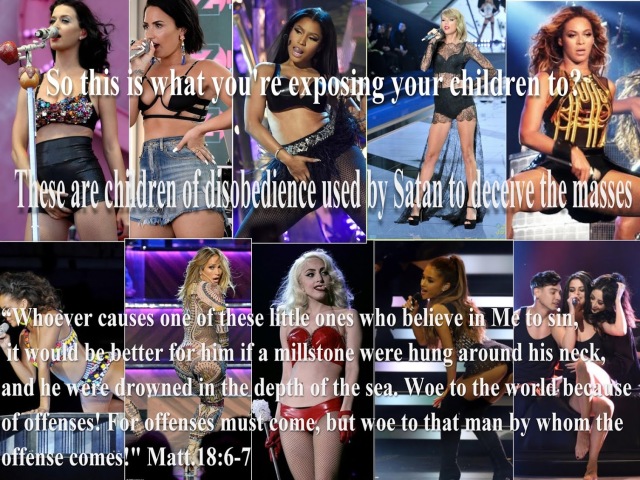 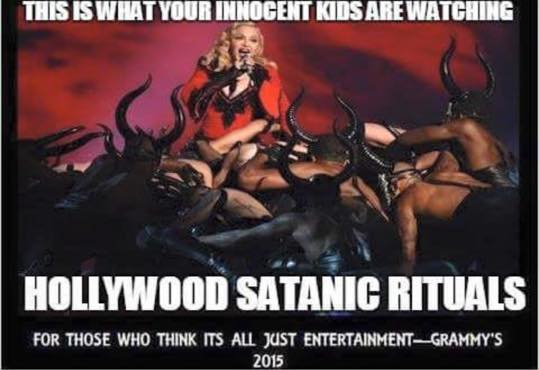 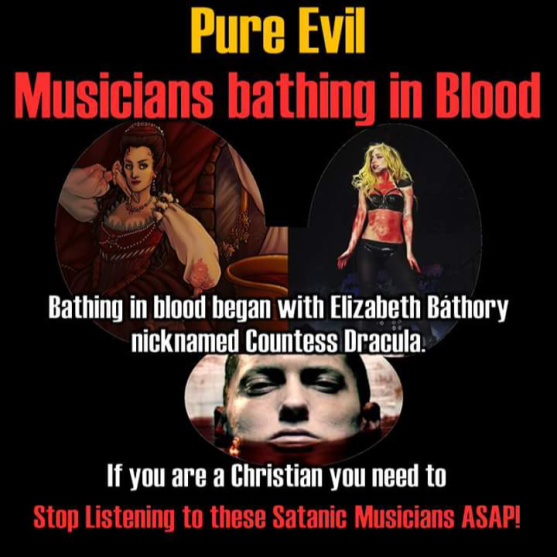 God finds witchcraft to be an abomination. The Hebrew word is “toebah”which is abomination of the highest degree (source): (Deuteronomy 18:10-12) 9 “10 There shall not be found among you any one that maketh his son or his daughter to pass through the fire, or that useth divination, or an observer of times, or an enchanter, or a witch, 11 or a charmer, or a consulter with familiar spirits, or a wizard, or a necromancer. 12 For all that do these things are an abomination unto the Lord: and because of these abominations the Lord thy God doth drive them out from before thee.“

In fact, those who practice it will not inherit the Kingdom of God:

(Galatians 5:19-21) “19 Now the works of the flesh are manifest, which are these; Adultery, fornication, uncleanness, lasciviousness, 20 idolatry, witchcraft, hatred, variance, emulations, wrath, strife, seditions, heresies, 21 envyings, murders, drunkenness, revellings, and such like: of the which I tell you before, as I have also told you in time past, that they which do such things shall not inherit the kingdom of God.”

Why is God so against witchcraft? Part of the reason is that it opens oneself to the demonic realm. That is why the culture is saturated with things of witchcraft as the devil is trying to deceive people into allowing him a foothold in their life. He certainly uses celebrities especially in the music industry because of the amount of influence they have over the masses.

Just recently I made a post about how Lady Gaga is obviously walking with the devil along with her friend Marina Abramovic.

Here you can watch a video of many “musicians” or people who knew them admitting they felt possessed by spirits which are really demons.

Two demon deliverance ministers in this video share some of their experiences of casting out demons people have let into them by listening to certain kinds of music and also give a lot of insight about the spirits behind the music.

In this video John Todd, a person in the 70s who claimed to be an ex-Illuminati member revealed how they perform witchcraft over the music to cast spells over people.

Here you can see how Satan is using music festivals for agenda.

So what is the purpose of posting all this? I want people to wake up and turn off their pop music. Be vigilant because our enemy is like a roaring lion seeking who to devour. Listening to music from “musicians” used by devils is obviously not a wise thing to do yet so many do it despite knowing how wicked it is. Let’s stop being apathetic and turn off this garbage and warn others about it.