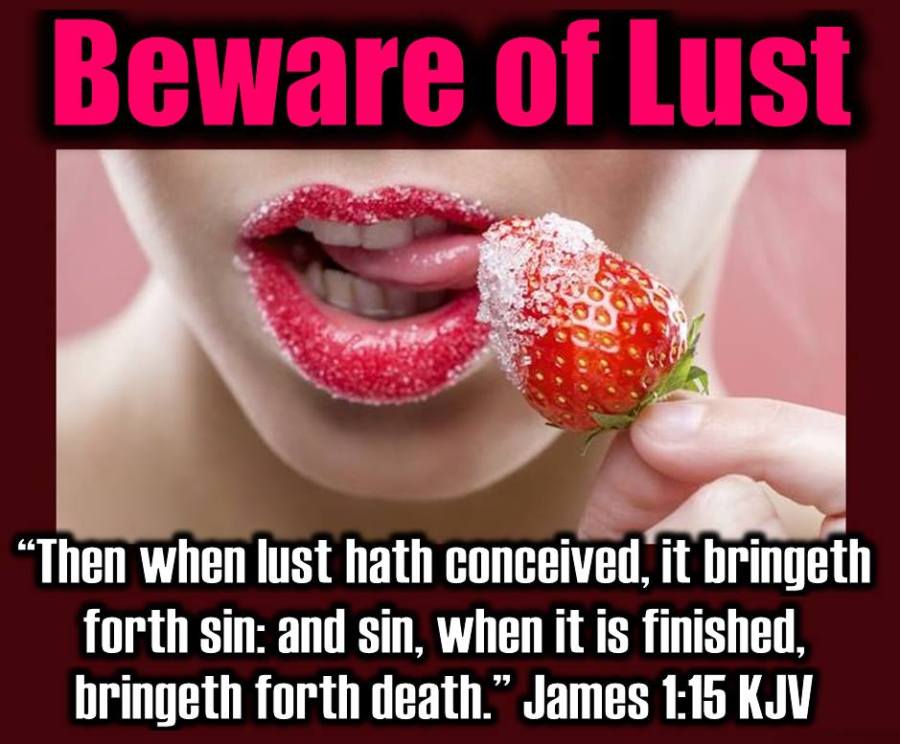 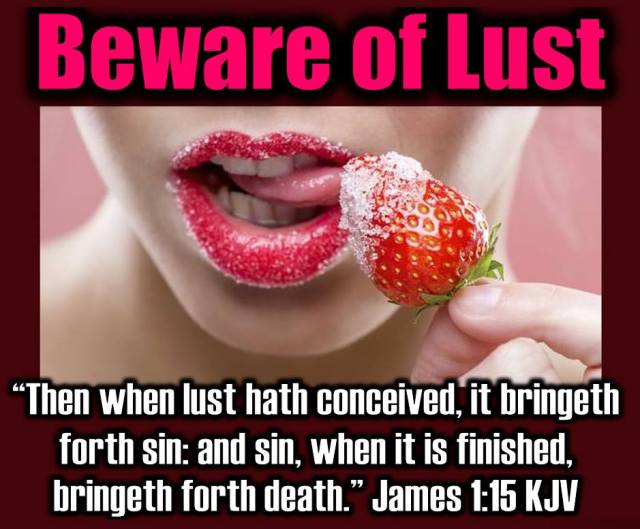 1 Peter 2:11“11 Beloved, I beg you as sojourners and pilgrims, abstain from fleshly lusts which war against the soul,”

2 Timothy 2:22 “22 Flee also youthful lusts; but pursue righteousness, faith, love, peace with those who call on the Lord out of a pure heart.”

1 Thessalonians 4:4-5 “4 that each of you should know how to possess his own vessel in sanctification and honor, 5 not in passion of lust, like the Gentiles who do not know God;”

Ephesians 4:20-24 “20 But you have not so learned Christ, 21 if indeed you have heard Him and have been taught by Him, as the truth is in Jesus: 22 that you put off, concerning your former conduct, the old man which grows corrupt according to the deceitful lusts, 23 and be renewed in the spirit of your mind, 24 and that you put on the new man which was created according to God, in true righteousness and holiness.”

Galatians 5:24 “24 And those who are Christ’s have crucified the flesh with its passions and desires.”

1 Corinthians 9:27 “27 But I discipline my body and bring it into subjection, lest, when I have preached to others, I myself should become disqualified.” 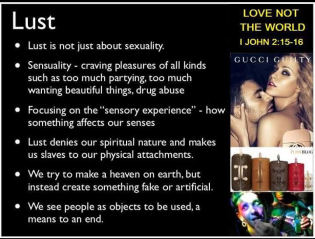 Colossians 3:5 “5 Therefore put to death your members which are on the earth: fornication, uncleanness, passion, evil desire, and covetousness, which is idolatry.”

Galatians 5:16-21 “16 I say then: Walk in the Spirit, and you shall not fulfill the lust of the flesh. 17 For the flesh lusts against the Spirit, and the Spirit against the flesh; and these are contrary to one another, so that you do not do the things that you wish. 18 But if you are led by the Spirit, you are not under the law.”“19 Now the works of the flesh are evident, which are: adultery, fornication, uncleanness, lewdness, 20 idolatry, sorcery, hatred, contentions, jealousies, outbursts of wrath, selfish ambitions, dissensions, heresies, 21 envy, murders, drunkenness, revelries, and the like; of which I tell you beforehand, just as I also told you in time past, that those who practice such things will not inherit the kingdom of God.”

1 Peter 4:3 “3 For we have spent enough of our past lifetime in doing the will of the Gentiles—when we walked in lewdness, lusts, drunkenness, revelries, drinking parties, and abominable idolatries.”

Romans 7:5 “5 For when we were in the flesh, the sinful passions which were aroused by the law were at work in our members to bear fruit to death.”

Romans 1:21-27 “21 because, although they knew God, they did not glorify Him as God, nor were thankful, but became futile in their thoughts, and their foolish hearts were darkened. 22 Professing to be wise, they became fools, 23 and changed the glory of the incorruptible God into an image made like corruptible man—and birds and four-footed animals and creeping things.24 Therefore God also gave them up to uncleanness, in the lusts of their hearts, to dishonor their bodies among themselves, 25 who exchanged the truth of God for the lie, and worshiped and served the creature rather than the Creator, who is blessed forever. Amen.26 For this reason God gave them up to vile passions. For even their women exchanged the natural use for what is against nature. 27 Likewise also the men, leaving the natural use of the woman, burned in their lust for one another, men with men committing what is shameful, and receiving in themselves the penalty of their error which was due.” 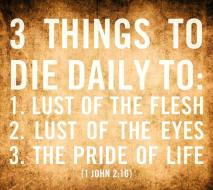 James 1:13-15 “13 Let no one say when he is tempted, “I am tempted by God”; for God cannot be tempted by evil, nor does He Himself tempt anyone. 14 But each one is tempted when he is drawn away by his own desires and enticed. 15 Then, when desire has conceived, it gives birth to sin; and sin, when it is full-grown, brings forth death.”

1 John 2:16-17 “16 For all that is in the world—the lust of the flesh, the lust of the eyes, and the pride of life—is not of the Father but is of the world. 17 And the world is passing away, and the lust of it; but he who does the will of God abides forever.”

Job 31 “I have made a covenant with my eyes; Why then should I look upon a young woman?” 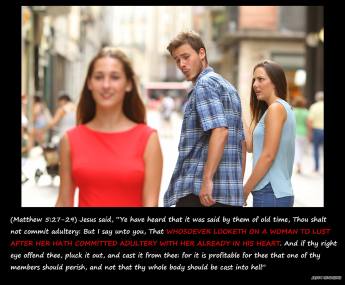 Matthew 5:28 “28 But I say to you that whoever looks at a woman to lust for her has already committed adultery with her in his heart.”

2 thoughts on “Beware of Lust”