“A wicked and adulterous generation seeketh after a sign…” – Matt. 16:4

“Now the Spirit speaketh expressly, that in the latter times some shall depart from the faith, giving heed to seducing spirits, and doctrines of devils;” – 1 Tim. 4:1

“For the time will come when they will not endure sound doctrine; but after their own lusts shall they heap to themselves teachers, having itching ears;” – 2 Tim. 4:4

“For they that are such serve not our Lord Jesus Christ, but their own belly; and by good words and fair speeches deceive the hearts of the innocent.” – Rom. 16:18

An in-depth testimony by M’Kayla Kelly, a former “Seer Prophet” tells her story and helps to expose the false teachings of Bill Johnson, Todd Bentley, John Paul Jackson and others…”

“Jan Markell spends the hour with parents who lost their daughter to Bethel Church, Redding, CA and the New Apostolic Reformation in part 1 of a 2-part program.”

Birds of a feather….. 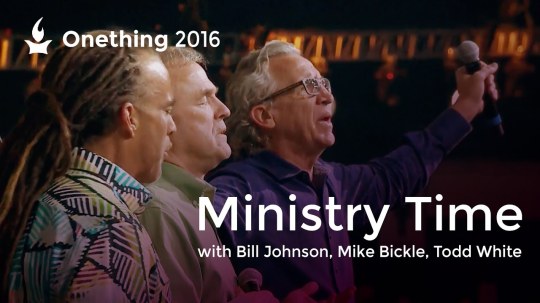 Other popular “teachers” associated with or endorse Bethel are Heidi Baker and Che Ahn.

Some examples of the strangeness that goes on there.

Notice the pyramid over their prayer room building (weird):

Beni Johnson, the wife of Bill Johnson, seems to be into weird New Agey things such as reflexology.

Compare the following statement with “I am the LORD, and there is none else, there is no God beside me:…” – Isaiah 45:5

An example of the foolishness that has gone on in the church. The Bible reads to not lay hands suddenly on no man (1 Tim. 5:22) but that is what they exactly do. Moreover, the Bible reads to do things in decently and order (1 Cor. 14:44). And nowhere will you find any scripture to walk through a “fire tunnel.”

You may also want to check out this exposé video about the so-called Kundalini spirit going around in Bethel and other churches.

Bethel’s theology is known to be man-centered.

“18 For they that are such serve not our Lord Jesus Christ, but their own belly; and by good words and fair speeches deceive the hearts of the simple.” – Romans 16:18

“19 Whose end is destruction, whose God is their belly, and whose glory is in their shame, who mind earthly things.)” – Philippians 3:19

“I am the LORD: that is my name: and my glory will I not give to another, neither my praise to graven images.” – Isaiah 42:8

The following are not biblical! Just an example of the many unbiblical teaching of Bill Johnson and co-Pastor Kris Vallotton: 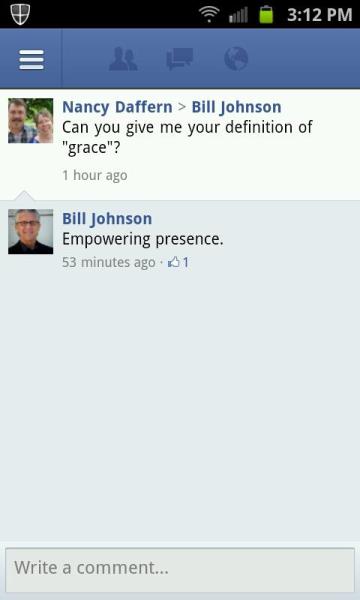 You may want to check out 10 Reasons Why You Should RUN AWAY From Bethel Redding, mostly dealing with their bad theology.

Since Bethel is heavily focused on miracles and healing and claims to heal (never mind Bill Johnson wears glasses), here is my take on the topic of healing from a Biblical perspective:

“Bless the LORD, O my soul, And forget none of His benefits; Who pardons all your iniquities, Who heals all your diseases; Who redeems your life from the pit, Who crowns you with lovingkindness and compassion;” – Psalms 103:2-4

With satan in the “healing” business does the living God of the Bible supernaturally heal today? I will say yes, absolutely! It doesn’t mean He will always supernaturally heal but if God chooses to He can. In my opinion, Christians who say God doesn’t supernaturally heal today are doing a great disservice to both Christians and non-Christians (I am looking at you John MacArthur!). You mean to really say to me satan can to do all these supernatural works but the Creator of the universe doesn’t? We give Jesus a bad name if we act as if the devil can heal but Jesus cannot. Who knows how many Christians out there who have ailments that kind can be supernaturally healed by the power of God if someone had the faith to pray for that person. Non-Christians are experiencing all kinds of supernatural “powers” in the occult and New Age but many churches make the Christian God to be dead or powerless.  I can attest the supernatural power of healing is for today. I’ve prayed for another person for healing when I placed my hand over his hurting knee. To tell the truth, I didn’t even expect for his knee to be healed but when he told me his knee was no longer hurting I was pleasantly surprised. The most important thing out of that experience is that we were thankful to God.

The Bible is clear “And these signs shall follow them that believe; In my name shall they cast out devils; they shall speak with new tongues;They shall take up serpents; and if they drink any deadly thing, it shall not hurt them; they shall lay hands on the sick, and they shall recover.” (Mark 16:17-18)

“Is any sick among you? let him call for the elders of the church; and let them pray over him, anointing him with oil in the name of the Lord:“(James 5:4)

Cessationists will somehow try to explain such passages away but if they are going to argue that the supernatural gifts have ceased then how do they explain the gifts were still operating long far after the apostolic age?

Irenaeus, Bishop of Lyons: (2nd century AD – c. 202) studied under bishop Polycarp, who in turn had been a disciple of Apostle John, wrote:

“For some [Christians] do certainly and truly drive out devils, so that those who have thus been cleansed from evil spirits frequently both believe [in Christ], and join themselves to the Church. Others have foreknowledge of things to come: they see visions, and utter prophetic expressions. Others still, heal the sick by laying their hands upon them, and they are made whole.” – Irenaeus Against Heresies, Book II, 32:4 (190 A.D.)

“And there are still preserved among Christians traces of that Holy Spirit which appeared in the form of a dove. The Christians expel evil spirits, and perform many cures, and foresee certain events, according to the will of the Logos.”

Against Celsus, Book I, 67, “And the Name of Jesus can still remove distractions from the minds of men, and expel demons, and also take away diseases and produce a complete change of character …. “

“A woman came to see me once when I was in South Africa. She told me that she was suffering from cancer and advanced metastasis and had only a short time to live. Because of this she wanted to make a full confession of her sins before she died. In spite of the fact that her visit to me had no connection with any desire for healing on her own part, I felt constrained to pray that the Lord would in fact heal her body as well as forgive her sins. For this reason I asked another Christian brother to join me and together we prayed for her under the laying on of hands according to James 5:14. Having to leave the country shortly after this, I heard nothing more about the woman until a year and a half later. It was then that the brother with whom I had prayed wrote and told me that instead of dying the woman had been cured by the Lord and was now better. This was another case in which healing had followed the forgiveness of sins. Let me say very quickly though, that I personally do not possess the gift of healing. That I am privileged to experience events of this nature in the course of my Christian service, is only the result of the Lord’s desire to glorify his own name in the life of some suffering person” (Koch, Occult Bondage and Deliverance, pg. 76).

God Is Not A Genie – Precautions About “Ministries” That Emphasize Healing

Another thing that needs to be addressed is that there are some so-called ministries that emphasize God’s miracles such as healing but neglect to preach sound Biblical doctrine and against sin. Popular “evangelist” Benny Hinn is one example. “Pastor” Bill Johnson of Bethel in Redding, California, is another example. Bill Johnson’s church has a tremendous influence over the Christian community. I live about 500 miles from where his church is located and I have people from where I live – mostly very young people – who are fascinated with their ministry because of their eagerness to experience some supernatural thrills. I don’t believe the living God is working behind that church. Instead, I believe their is a counterfeit spirit working behind that church. I communicated with another deliverance minister to confirm if there is counterfeit spirit going around in Bethel, and he related to me that he has expelled demons from many people that are associated with their ministry.

I believe God cares far more about the state of a person’s soul than the state of someone’s physical health. Is it better for God to heal a crippled man or for that man to have his sins forgiven? God would rather have a person’s whole heart and devotion to Him than to heal the person. Didn’t Jesus say a wicked and adulterous generation seeks after a sign (Luke 11:29; Matt. 16:4)? We should repent and seek God’s will for our lives first and foremost than to seek supernatural thrills from God. Such aforementioned “teachers” make out God to be some sort of genie who should grant us our every desire rather than preach and live out the Biblical mandate that we should be slaves to Christ (1 Corinthians 7:22), deny ourselves, pick up our cross, and follow Jesus (Mark 8:34). Biblical healing is done through the power of God; it cannot be taught, and it depends ultimately on God’s will. God cannot be cajoled to heal, as some “miracle healing services” would have us suppose.

Source and with more information dealing with supernatural healing.

If you have bad experiences involving Bethel or churches yoked with Bethel please share.