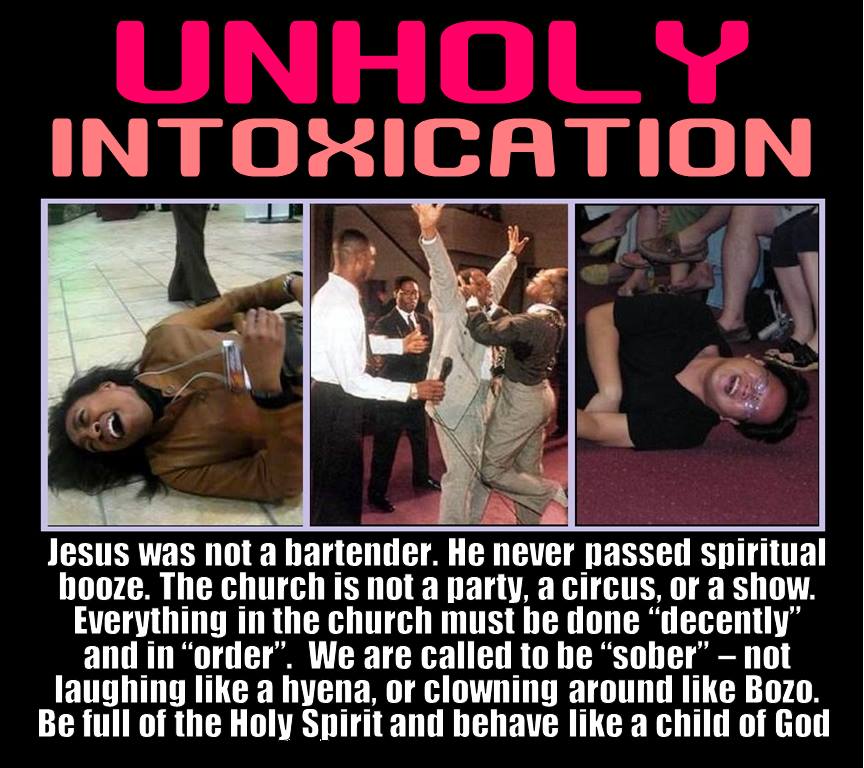 “Beloved, do not believe every spirit, but test the spirits, whether they are of God; because many false prophets have gone out into the world.” – 1 John 4:1

“Now the Spirit speaketh expressly, that in the latter times some shall depart from the faith, giving heed to seducing spirits, and doctrines of devils;” – 1 Timothy 4:1

“Be sober, be vigilant; because your adversary the devil, as a roaring lion, walketh about, seeking whom he may devour:” – 1 Peter 5:8

I remember visiting a church a few years ago and during service, I heard weird animal noises in the sanctuary and saw a woman laughing uncontrollably and was moving her head in circles. I immediately slipped out of that place! I was aware of false spirits invading the church as I saw what was going on documented in videos on Youtube. I never thought I would see something like that in person.

Such strange manifestations have been documented from influential churches such as Bethel in Redding, California, and IHOP (International House of Prayer) based in Kansas City, Missouri. This kind of thing has also been found in churches outside of the U.S. 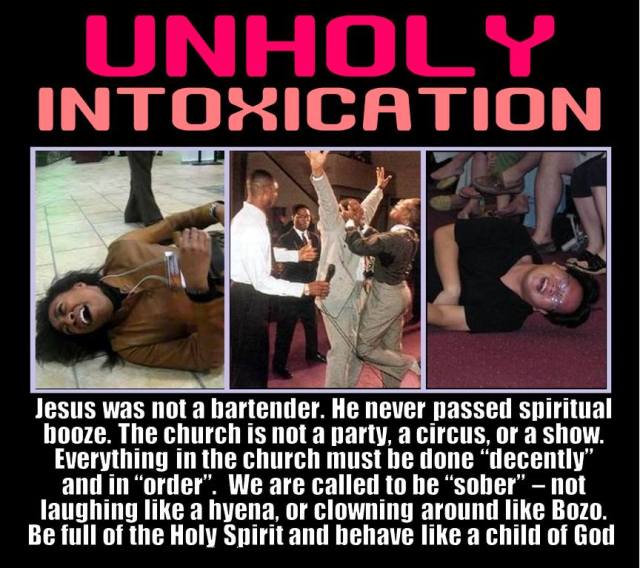 “ For God is not the author of confusion but of peace, as in all the churches of the saints.” 1 Corinthians 14:33

“Let all things be done decently and in order.” 1 Corinthians 14:40 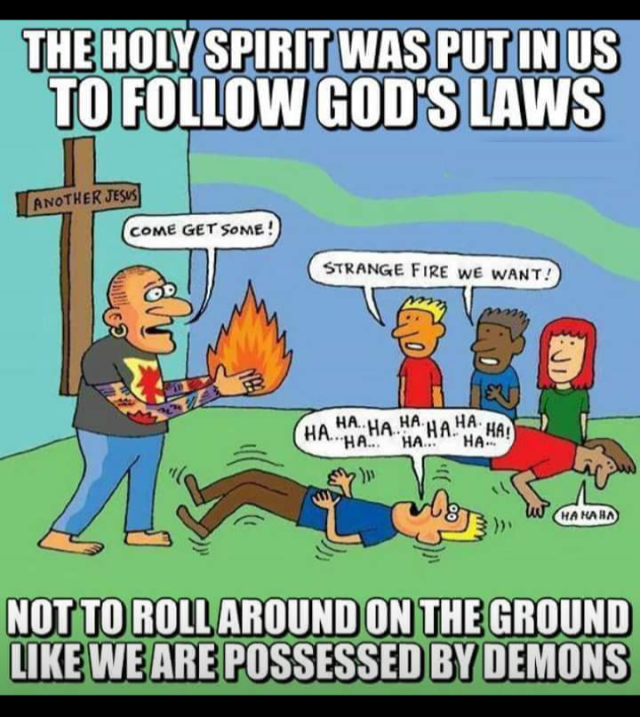 Here you can see very similar manifestations found in some ‘churches’ found in Hindu cults:

In the following video the origins and the spread of the kundalini spirit in the churches is documented:

Fire Tunnels are not biblical! You won’t find any of this in the Bible. It doesn’t take a lot of discernment to see that this is not of God. This is what was recorded at Bethel Church in Redding, California.

The Bible reads in Galatians 5 “22 But the fruit of the Spirit is love, joy, peace, longsuffering, kindness, goodness, faithfulness, 23 gentleness, self-control. Against such there is no law.” Does it look like that they have gentleness and self-control?

If you see people laughing uncontrollably, writhing on the floor, people jerking, head shaking, hear animal noises, and people saying “whoa” many times at a church you should run out of there immediately.

I would be very wary about letting anyone lay hands on me unless I can discern that person is really of God. Demonic spirits can transfer by the laying on of hands, perhaps that is why the Bible warns not to lay hands on someone suddenly (read 1 Timothy 5:22).

Here you can see Heidi Baker, who happens to be at Bethel, impart demons (or a demon) into someone:

I think if a church is not grounded in sound doctrine from the Bible the church is vulnerable to be invaded by this counterfeit spirit. From what I have gathered churches like Bethel doesn’t really dig deep in the word.

Stay rooted in the word found in the Holy Bible. Test everything by God’s word.

What Are The Symptoms Of Kundalini?

NOTE: the following references and quotes on the “Kundalini syndrome” are in support of it. I have put them in to support the fact that this is occultism and not of God. Even those in the occult that practice “Kundalini” and other forms of mediation have strong warnings for those who are NOT properly trained in its “releasing” and the physical, mental and emotional damage that occurs. Imagine how worse off the typical Christian is when thinking it’s of God and wanting more.

· “Kundalini-syndrome. This psycho-spiritual and transformative process is believed to occur in connection with a near-death experience, or with prolonged, intensive spiritual or contemplative practice, as practiced within a few sub-disciplines of meditation or yoga.”

· The process is not always sudden and dramatic, it can also start slowly and increase gradually in activity over time.

· If the accompanying symptoms unfold in an intense manner that destabilizes the person, the process is usually interpreted as a spiritual emergency.

· Studies have suggested some common criteria that describe this condition, of which the most prominent feature is a feeling of energy or heat rushing up the spine

· The feeling of cranial pressures

· The perception of inner sounds

· Vibrating or tickling sensations in the lower back

· Sensations of heat or cold moving through the body

· Vibrations and itching under the skin

· Spontaneous slowing or speeding of thoughts

· Experiencing oneself as larger than the physical body

The following are common manifestations of the risen Kundalini:

Outside of the short-term physical effects of Kundalini, nothing produces more wonder and curiosity than the reported mental effects. Along the path of raising Kundalini, yogis like Swami Saraswati reveal that some participants may experience mental clarity to the extent of supernatural ability.

Likewise, without the guidance of trained Kundalini instructors, a person can experience confusion, depression, hallucinations and other unpleasant mental disturbances.” Source

9 thoughts on “Kundalini Demons Invading Churches -Beware of Unholy Laughter, Drunk in the “Spirit”, and Other Strange Manifestations in the Church”

Leave a Reply to The Lion Cancel reply