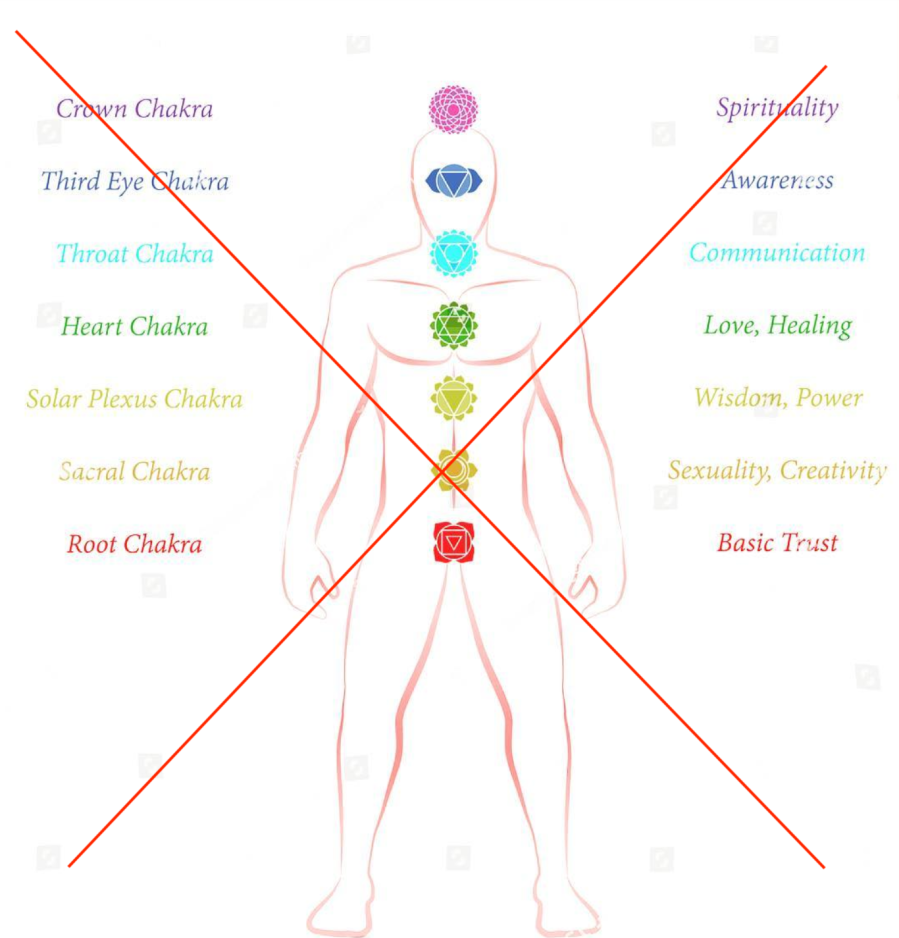 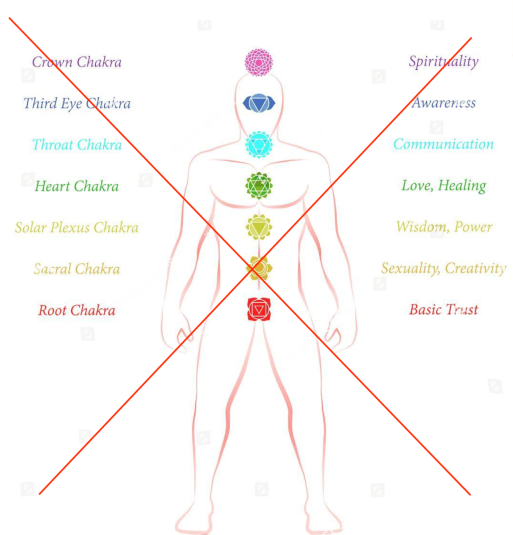 If you’re going to get your chakras cleansed, you might as well get your aura cleansed as well since neither chakras nor auras exist. Yet Yoga and its asanas are based on belief in chakras, and many alternative remedies incorporate chakras. Holy Yoga, taught in many churches, gives credence to chakras.

Any reactions or experiences with a belief in chakras are not from the true God. If you deliberately seek out ways to open, cleanse, balance, or heal chakras, you invite deception and darkness into your life, even as a Christian. These beliefs dim the true light – the light of Jesus Christ who is utterly hated and opposed by the angelic majesties behind the system teaching chakras.

The role of chakras in the raising of the kundalini, a power coiled at the base of the spine:

“Then we have a sacred force of energy — the coiled kundalini (frequently represented by the image of a serpent) that for most of us lies dormant, at the base of our spine or sacrum. So with serpent coiled and sleeping at our base, the practice of Kundalini Yoga starts to unlock that door and ever so slowly, our personal serpent starts to slither its way up through the Chrakras, waking up and igniting them one by one (hence the term ‘Kundalini rising’) until it reaches the top, the crown Chakra, attaining deep levels of meditation, self-realization, empowerment, and enlightenment.” From https://goo.gl/uQ2YQC

A Sanskrit word meaning ‘wheel’ used in Hindu beliefs and practices, such as yoga, to describe what are believed to be the five, six, or seven (depending on the teaching) psychic and spiritual centers of man. The chakras are invisible, and are believed to start at the base of the spine and end in the middle of the forehead. The top of the head is the culmination point for an energy called kundalini which rises through the chakras to the crown of the head through certain meditation and tantric practices. (Some sources which include the crown area state there are seven chakras). A different color is often associated with each chakra, usually red, orange, yellow, green, blue, indigo/purple, and white for the crown. The kundalini is believed to be a form of divine energy, coiled at the base of the spine like a serpent which can rise through a channel, called the Sushumna, up the chakras, thus bringing a spiritual awakening. It is taught that arousing the kundalini up through the chakras can be dangerous and should be done under the supervision of a teacher or guru. It is also taught that awakening the kundalini may uncover certain psychic powers called Siddhis. Buddhism, Hinduism, and Western views may differ in their teachings on the chakras. Chakras may be equated by mystics and occultists with the spheres from the Kabbalah’s Tree of Life. Chakras are often referred to in some New Age meditation practices and philosophies, and in some forms of energy healing, such as Therapeutic Touch. Alternative healing often assumes the existence of chakras and connects ill health to blockages in the chakras.==From http://goo.gl/abd7hR

CHAKRA CLEANSING
I have heard of some Christians who even believe in chakra cleansing and healing. What is chakra cleansing? To get an idea, see excerpt below from a site about a workshop on cleansing chakras:

“In this class you will:
– Learn about the functions of each Chakra
– Guided Meditation for cleansing each of your Chakras
– Receive your Healing Crystal for each chakra for FREE
– Cleanse, charge and program your Healing Crystal
– Meet your Healing Crystal and start a healing connection
– Shop Crystals to start your own collection
– Choose a goal you want to bring forth in your life
– Crystal Singing Bowl Meditation with Crystals
– Release obstacles and old patterns to manifest a self-actualized reality!!” From http://goo.gl/w3TkrU

Chakras are considered pure energy and stem from the spiritual belief system of Hinduism. There is no scientific evidence for chakras.
~~~~~~~~~~~~~~~~~~

“It is important to understand Vitalism and the concept of a life force or life energy since it is the root of many these beliefs, especially those that claim to heal. Vitalism attributes a divine power to creation instead of to the Creator God, or it views God’s power as accessible in creation, or God is seen as the energy or force itself. In all cases, the life force itself replaces God, is identified as God or as the healing power of Christ, or is equated with the Holy Spirit. This force is unquantifiable, invisible, and non-measurable.

The principles of Vitalism match the pagan views of chi, Prana, Kundalini, Mana (energy in pagan Pacific Island cultures), and the forces used in occult healing.

…. The “Vital force” or “life force” is a foundation for the original principles of Homeopathy, Chiropractic, Naturopathy, Bach Flower Remedies or Flower Essences, and many other alternative healing modalities. Vitalism was a popular notion in the 1800s and early 1900s and undergirded many alleged purported healing techniques now classified as alternative.” More at http://goo.gl/cCc0S7

More information about this mystical “energy.”

14 thoughts on “A Christian Perspective on Alleged “Chakras””