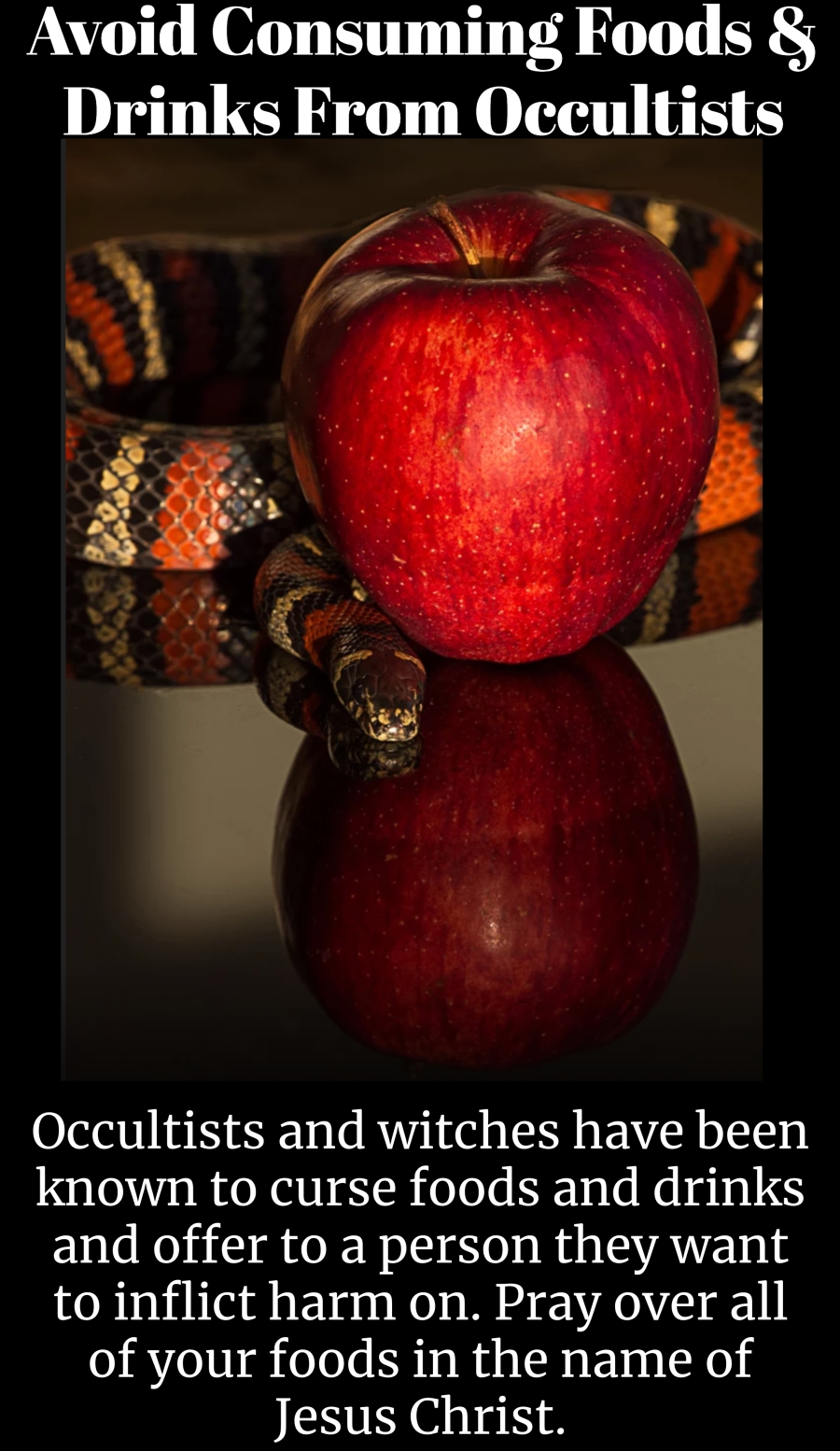 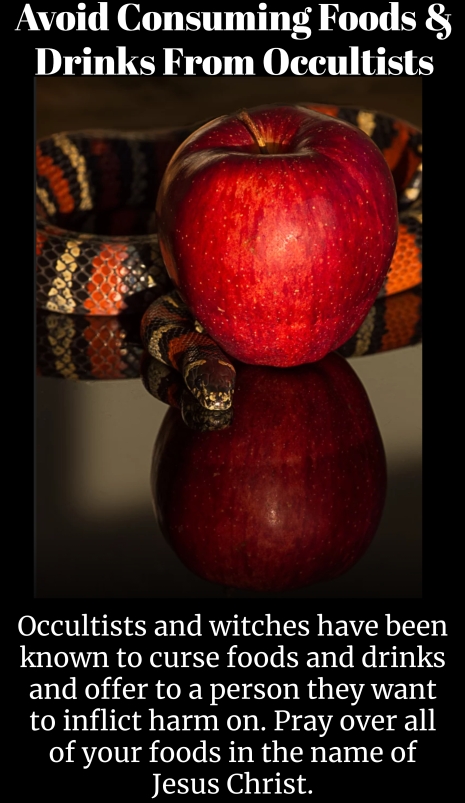 This may seem very bizarre or even quite hard to believe, but I have come across people who got demonized (infested with demons) by eating cursed foods or drinks, at least, so they claimed. I have come across way too many cases to dismiss it as something as peoples’ unfounded speculation or imagination. I have consulted a deliverance minister who has much more experience than I to confirm that something like that this can indeed be real. 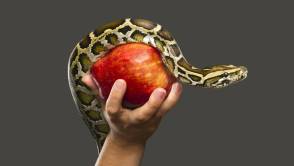 One gentleman who I was praying for was very downtrodden. His life went through a drastic downward spiral. He once had a good job as a mechanic, but then he lost his job and now lives in a group home. His health suddenly deteriorated so badly that he couldn’t function enough to continue work. Of course, he went to see the doctor, but they couldn’t identify any medical issues. His life and condition were so bad that at one point he was on the verge of committing suicide, but God intervened in his life. He claimed God revealed to him that his mother-in-law, from Puerto Rico, put a curse on him by going to some Voodoo or Santeria priest. He even had a dream where his mother-in-law was standing over him laughing. Why would she curse him? He said that his mother-in-law didn’t want him to marry her daughter, the mother-in-law wanted her daughter to marry someone else. He said all of his health problems and torment started when he ate food given to him by his mother-in-law.

Sure enough, when prayed for any unclean spirits to come out of the gentleman by the authority of the Lord Jesus Christ, the demons started to come out of him, and he felt relief.

Of course, he wasn’t a Christian at the time when he got cursed. I don’t believe Christians are open to curses from people. Ex-witch Doreen Irvine who turned Christian said:

“I tried to put curses on the preacher, but they did not work. There was a barrier between my power and the preacher, who was a man of great faith and courage. I was puzzled. My powers had never before failed. I had no idea that far greater power than of Satan was protecting this man – the mighty power of the Lord Jesus Christ” (Freed from Witchcraft, 98).

Christian author Merrill Unger wrote about the effects of curses or black magic:

“It is the most devilish of all the forms of magic as it is directed against both animals and humans. A black magic spell can cause temporary blindness, deafness, dumbness, torpor, sickness, pain, etc… through a genuine magic spell diabolical power is released and real results are obtained (Demons in the World Today, 128).

But whether the occultist acknowledges it or not, satan’s kingdom is behind the black magic curses. Unger wrote:

“Genuine magic is the art of bringing about results beyond human power through the enlistment of supernatural agencies. Black magic deliberately involves the devil and demons, and the resulting enchantment is used for persecution and revenge. A spiritistic circle of twenty members furnishes a good example. Working with black magic, these spiritistic experimented to see if they could cause psychic harm or even illness in people they disliked. A strong medium of this occult group chose a minister as a target and vowed to afflict and eliminate him. The minister suffered a nervous breakdown and was unable to work for several months.” (Demons in the World Today, 60-61)

I forewarn: if a person is suspected to be involved in the occult or witchcraft and offers food or a drink, I would adamantly refuse to consume it. I would also forgo to eat any foods offered to idols (Acts 15:29; Revelation 2:20). But if one decides to consume it, I would pray over it to ask God to bless it in the name and authority of the Lord Jesus before consumption. This is what I think every Christian should do with their food anyway (read Matthew 14:19; 26:26).