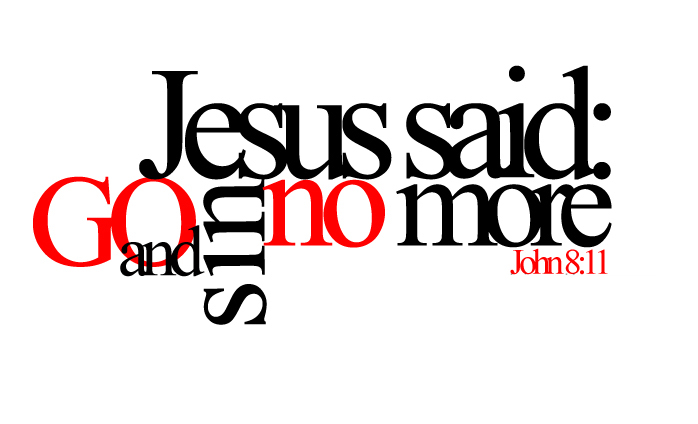 “Afterward Jesus findeth him in the temple, and said unto him, Behold, thou art made whole: sin no more, lest a worse thing come unto thee.” – John 5:14

I touched on this issue here but I am prompted to make a post dedicated to this important topic, which is to completely turn away from practicing sin and surrendering to the Lord Jesus Christ.

In a lot of cases, the demon(s) will not leave a person unless the person has turned away from sin, and some times turned away from sin for an extended amount of time. In my observation, in many instances when the demonized person has resisted temptations for an extended period, and/or truly hates the sin he is practicing and wants nothing to do with it, the demon(s) are faster to leave. When a demonized person practices sin it just strengthens the demon(s)’ “grip” over the person. When praying for deliverance over a person who is not repentant, I have seen the demons manifest a haughty, smirk in a person’s face as if the demon was saying to me “you can’t cast me out, I have every right to be here because the person allowed me to be here.”

It boggles my mind how anyone can still continue to wallow in the filth of sin when the person explicitly sees that demons are real and are bent on his destruction.

Please don’t sit on the fence. Choose this day who you will serve! It’s either God or the devil. Jesus said He will spew out the lukewarm (Revelation 3:16). God created you for Himself not for you to live in rebellion and selfish pursuits:

“I beseech you therefore, brethren, by the mercies of God, that ye present your bodies a living sacrifice, holy, acceptable unto God, which is your reasonable service.” – Romans 12-1

“I am crucified with Christ: nevertheless I live; yet not I, but Christ liveth in me: and the life which I now live in the flesh I live by the faith of the Son of God, who loved me, and gave himself for me.” – Galatians 2:20

“24 Then said Jesus unto his disciples, If any man will come after me, let him deny himself, and take up his cross, and follow me.25 For whosoever will save his life shall lose it: and whosoever will lose his life for my sake shall find it.” – Matthew 16:24-25

“Submit yourselves therefore to God. Resist the devil, and he will flee from you.” – James 4:7

“He that covereth his sins shall not prosper:but whoso confesseth and forsaketh them shall have mercy.” – Proverbs 28:13

Here is an interesting testimony of someone who was a Christian but was demonized because he continued to live in sin:

Pat had been a believer for about a year. He was a student in a Bible college in the Philippines. He had confessed his sins and received forgiveness and the assurance of salvation. Yet, he had not yielded his life completely to God’s will. In addition to this, he came from a family that had a history of occult oppression because his mother had been a practicing sorceress. These two circumstances seem to be the determining factors in Pat’s becoming demonized.

Suddenly one day he complained of a terrible headache and nausea and went to the director of the school to ask him to pray for him. While the director was praying, the student suddenly lose consciousness and went into the demonized state. He became so violent that it took several men to hold him down. Strange voices began to speak out of his mouth.

One of the faculty members present addressed these voices: “In the name of the Lord Jesus, tell us why you have invaded Pat.”

“Because he did not surrender his life completely,” the voices responded.

“How many are you?” continued the interrogators.

Several of the faculty continued to counsel with the young man. They commanded the demons to leave him alone. All this was a call to a real spiritual battle that was to last a total of nineteen and a half hours until completed victory was won and all fifty demons had been expelled. Various faculty members and students joined in the conflict.

At one phase of the struggle one of the teachers commanded the demon voices to tell their names. One voice identified itself as Rakrek from Manchuria. Asked why they had come to the school, they boldly asserted, “To bring in modernism and liberalism.”

When a faculty member heard that the voice had come from Manchuria, he cited a Russian verse he knew. The entire company witnessed a surprising thing. The voice at once began to speak in fluent Russian. Pat himself knew only English and his local filipino dialect.

In the course of the fierce struggle, one of the demons boldly declared, “We have come to destroy pat.” Instantly the young man tried desperately to choke himself. His strength was such that he had to be restrained with force. Sometimes six and as many as nine men were required to hold him down to keep him from killing himself.

When the Russian demon declared that a group of Communists in Manila were planning to do away with Pat, a psychiatrist who was present notified the police. Also present to assist in the struggle were a Christian psychiatrist and a Christian psychologist, both of whom were absolutely convinced that Pat was demonized and not ill. It turned out that the fifty demons were from all over the world – Russia, Tibet, Egypt, Sumatra, Holland. This partly explains the various languages they spoke. All of them were dominated by fear of the name and the coming of the Lord.

After the long struggle, Pat was completely set free. When the last demon was ousted, Pat regained consciousness. At first he began to cry, and then he started to praise the Lord. During all this titanic spiritual battle, Pat knew nothing of what happened. It was only after the prayer warriors had told him that he realized what had actually taken place. This overwhelming experience caused all the teachers and students present to join in repentance, prayer, and rededication to God’s will as they placed themselves afresh under the protection of Chris’s atoning blood.

3 thoughts on “An Important Element For Deliverance: Repent and Sin No More!”