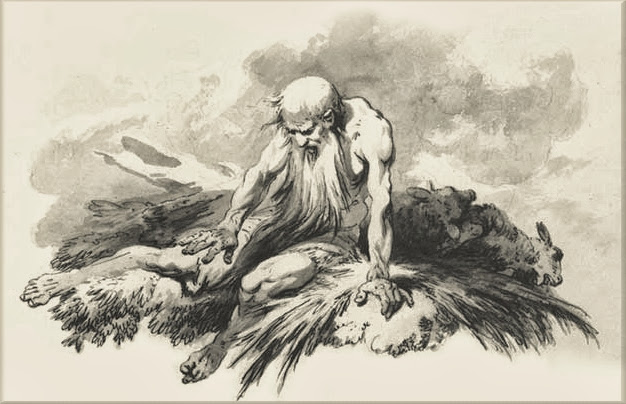 A Christian brother who contacted me for prayer had pain in his body but physicians couldn’t find anything wrong with him. When he shared with me, he was involved with witch doctors I thought it is likely he picked up demons. When I prayed for deliverance over him has received a lot of relief from the pains in certain parts of his body.

It must be stressed that I don’t think most illnesses are demonically instituted, nevertheless, it is scriptural that demons are collectively presented as inflicting a variety of physical and psychological ailments upon individuals. Examples of inflictions caused by demons found in the Bible include skin disease (Job 2:7), destructive and irrational acts (Matthew 8:28; Luke 8:27), deafness and inability

The late Derek Prince, Christian author, and Bible teacher gave this insight and his testimony:

I have learned, for example, to look for demonic activity in some physical infirmities. At times I have had a sore throat, cold or sinus congestion and prayed for healing with no obvious change. I would endure a week or two of frustrating infirmity before the conditions cleared up. One day, however, I was reading about the time Jesus entered the house of Simon Peter and found Peter’s mother-in-law sick with a high fever. “So He stood over her and rebuked the fever, and it left her. And immediately she arose and served them” (Luke 4:39, emphasis added). Why would Jesus rebuke a fever? Clearly He saw in that fever something more than a mere physical condition.

The next time I was fighting a feverish cold, I decided to follow the example of Jesus. I took my stand against it as a demon and received a powerful deliverance. The condition, instead of lasting a week or two, cleared up within 24 hours.

Now, when I experience pain or sickness of any kind, I consider the possibility that there is a demon behind it. If this diagnosis proves correct, complete deliverance usually follows quickly. If the problem is due to a natural physical condition, on the other hand, I pray for healing and wait on God to respond. I am also grateful for the help of doctors and medications when God leads in that way.

It would be absurd to suggest that all sicknesses are caused by demons. Some are, some are not. This makes it important to cultivate discernment, so that we can recognize which sicknesses have demonic causes and which do not…

Some of the most demonically infested people are mediums and occultists. Christian authors Ankerberg and Weldon wrote:“There are a large number of accounts of mediums and occultists, or those who frequent them, suffering physically in a variety of ways from their practice (ill health, various diseases, alcoholism, poltergeist attacks, early deaths, etc.)” (The Coming Darkness, pg. 223).

Kurt E. Koch noted that those who come under the curse of sins of sorcery are frequently plagued with the illness of every sort:

“Ex 311 Brazil is the country in which I had the greatest number of sessions with people oppressed through spiritism. This is because Brazil is one of the world’s strongholds of spiritism. In the region of Ponta Grossa, a woman came to me for counseling. She had been a member of a spiritist group for eighteen years. Then she left it, because she had a complete lack of peace and wanted to find Christ. Since making this decision, she had suffered from disturbed sleep and depression, and still could find no peace. One thing she confessed was that she possessed a “letter from heaven” and that she had been charmed against an illness as a child. In addition to all her emotional disorders, she had an inexplicable skin disease, which no skin specialist had been able to cure.

It may frequently be observed that people under occult influence suffer form skin disorders. An example follows.

Ex 312 In a city in Santa Catarina, Brazil, a couple brought their son to me. He was suffering from sclerodactylia. His fingers were stiff like claws. The skin of his hand was rough and hard and was gradually peeling off. The muscles were also affected. Even the bones were atrophying. The parents had heard my addresses and though that I might be able to give some advice. I asked about the family history and was told that both grandmothers had been charmers. Doctors who know nothing of spiritual processes will laugh at the suggestion that these facts are connected. And yet one frequently find that incurable skin diseases appear in families who forebears have practiced sorcery.

Ex 313 Another example shows the nature of an hysterical, or psychically caused disease. A woman came to me for an interview. She had had one disease after another. First it was  a lung infection, then an inflammation around the kidneys, then a compulsive neurosis. Finally it continued so far that she practically went through the whole medical textbook, one disease following another. Her medical history was atypical pattern of hysterical illness, or of illness resulting from psychic associations. Her family history revealed that her grandmother had been a card-layer who had also had her children and grandchildren charmed. In a case of this sort, medicine can offer no deliverance. It is a spiritual problem.

Ex 315 A young woman suffered from remarkable fits of epilepsy. Her family doctor was unable to get to the bottom of her trouble, so he sent her to the university clinic. In this clinic it was established that the woman had a rare form of epilepsy; what is known as myoclonic epilepsy. Since this was the only case of its type in the clinic, she was used as a guinea pig. She was asked to come at certain intervals in order to try out various medicines. The treatment was free of charge. In her conversation with me, she told me that she had been charmed while she was still in her mother’s womb. Her mother had tried to abort her by means of a magic charm. It had not been successful. Now she was trying to find the way to Christ, since the medical treatment she had received had not helped her.

Ex 316 Some years ago a young woman came to me for counseling. She was covered from head to foot with a dreadful skin disorder. I asked her how she ever got married in such a condition.

“This skin disease disappears now and then for a few months,” she replied. “Then it comes back again.” She has spent thousands of dollars going to skin specialists. None has been able to help her. I asked her if any of her forebears had practiced sorcery. She said, “Yes my grandfather produced charms for cattle and spells against disease, my father had learned these arts from the grandfather and had likewise practiced them for years.” And now she had this terrible skin disease which tormented her for years, driving her to despair, I showed the young woman the way to Jesus Christ. Her dreadful plight moved me greatly. I wondered if I ought to pray with her along the lines of James 5:14. I had some reservations about this, since her disease was a result of her father’s and grandfather’s sins of sorcery. I asked a believing pastor, a friend of mind, what he thought about it. He was ready and willing and bold enough to lay hands on the woman and pray. He did so only as far as her disease was concerned, not in connection with the occult involvement. We both put ourselves under the protection of Christ, and then we prayed with the woman, laying our hands upon her, that she might be healed of the dangerous skin disease. I then left the area. Eighteen months later, I met the pastor again and asked him how the young woman was. He replied with a beaming smile that since our prayer for her with laying on of hands, she had been free of this terrible skin trouble. The woman had been following Jesus ever since. That is a triumph of the grace of God. Here Christ has set up a trophy of His victory. We are not simply abandoned to the power of Satan. There is a place where we can attain victory in the name of Jesus. We shall read of further examples like this in the two following chapters, on the subject of deliverance, and in the final chapter of this book.

Amen! Only Jesus Christ can give absolute healing and deliverance!

9 thoughts on “Can Evil Spirits Cause Diseases or Ailments?”